About
Make A Donation

One of the finest artists in the world, William Kentridge, directs Alban Berg’s remarkable first opera at the Sydney Opera House.

Please help us bring this visionary work to the stage by joining Opera Australia’s Wozzeck Syndicate.

Presenting a 20th-century opera such as Berg’s Wozzeck remains a challenge for any opera company. However, Opera Australia could not pass up the opportunity to collaborate with William Kentridge on this new production.

Producing Wozzeck is an enormous artistic challenge. The opera requires a large orchestra to perform a highly technical score and the principal roles are complex and difficult.

Promoting Wozzeck is also a financial challenge. Presenting the more esoteric part of the repertoire is a risk for any company which relies heavily on the income from ticket sales. However, we do so because it is our responsibility and our obligation, as the national opera company, to extend the journey of our artists and our audience.

An Invitation to join the Wozzeck Syndicate

Syndicate members are an integral part of the creative journey in the lead-up to the opening night.  You will be invited to attend special and exclusive events with the cast and creative team of Wozzeck and you will be treated to a number of exclusive privileges including:

*Tickets to this dinner will only be available to Syndicate members and a small charge will apply to cover costs only.

For over thirty years our Patrons have helped build Opera Australia. Their passion for opera and for our artists have been vital to performance standards and to the introduction of new repertoire. Syndicate 30 was launched in 2010 to celebrate the 30th anniversary of the Patron Program. Since its inception, Syndicate 30 members have supported new productions including Brett Dean’s Bliss (2010), Gale Edwards’ La Bohème (2011), Salome (2012), Sir David McVicar’s Da Ponte Cycle – Don Giovanni (2014), The Marriage of Figaro (2015), Così fan tutte (2016) and Die Meistersinger von Nürnberg (2018). 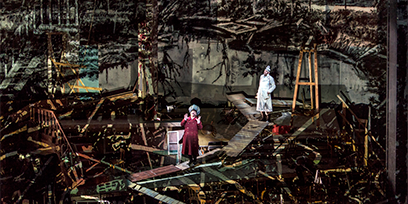