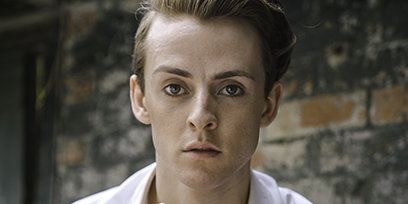 Adam made his professional theatre debut as Hanna From Hamburg in La Cage Aux Folles with The Production Company. Theatre credits since include Derek Bell in The Girlie Show (La Mama Theatre/Tunks Productions), Funny Girl (The Production Company), Understudy Rudolpho in the Australian/NZ tour of Matilda The Musical (RSC/ Louise Withers and Associates), Farrah/Young Bernadette in Priscilla: Queen of the Desert (Michael Cassel Group) and most recently the 2019-20 Australian tour of Charlie and the Chocolate Factory (GFO). Adam’s cabaret credits include successful seasons of The Last Five Queers (Midwinta Festival), one-man shows There Was A Boy... and Songs For Girls (Chapel Off Chapel) and the lead role in the world premiere of The Muse, a one man song cycle by Shanon Whitelock (Chapel Off Chapel/ Melbourne Fringe). Adam is also the co-author, co-producer and lead actor in the new Australian feature film Spencer, directed by Martyn Park, which made its world premiere as the Opening Night film at the PRIDE Queer Film Festival 2020. Adam is a proud member of MEAA.