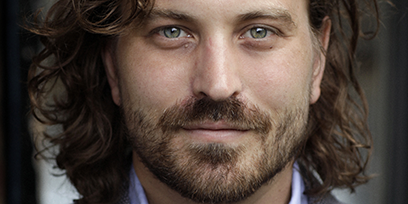 Andy recently appeared as The Wolf in the original Australian company of Shrek (GFO). Prior to this, he played The Bishop of Digne in the flagship West End production of Les Misérables (Queen’s Theatre). On moving to the UK, Andy was cast in the original West End company of Dirty Rotten Scoundrels (Savoy Theatre) where he understudied and regularly performed the role of Freddy Benson. His Australian credits include South Pacific (Opera Australia/ John Frost), The Music of Andrew Lloyd Webber (Really Useful Group), Guys and Dolls (Donmar Warehouse), Eddie Perfect’s Shane Warne The Musical, Floyd Collins, Rent and the Australian premiere of Titanic. Other roles include Jud Fry in Oklahoma!, Berger in Hair and Joseph in Joseph and the Amazing Technicolor Dreamcoat. Andy is a graduate of the Western Australian Academy of Performing Arts (Musical Theatre) and has been a proud member of Equity since 2005.