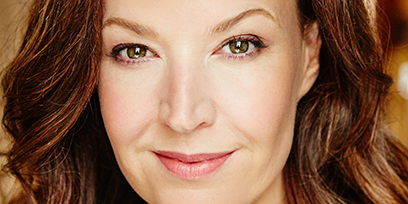 Bronwyn’s theatre credits include the roles of Mrs Lyons in Blood Brothers, Trudy in the world premiere of Atomic The Musical, Death in Good Omens, Antonia in Man of La Mancha, Grizabella in Cats in Hamburg, Germany, Sleeping Beauty on Ice and The Pied Piper of Hamlin. On stage Bronwyn has performed alongside Elaine Page in The Music of Andrew Lloyd Webber and toured Australia with The Tim Rice Concert Spectacular.

Bronwyn’s songwriting credits include co-writing for the John Field Band, recording their album Night will Fall in 2008, performing and writing songs for the Australian Olympic Committee and the feature film Surviving Georgia. She has recorded vocals for Rob Guest, The Foresters, Tania Kernighan and is the voice of Margaret for the iPad Manga musical Newton’s Fable. Bronwyn has performed backing vocals for INXS, Jackie Love and Michael Ball and has been a soloist performing with the Sydney Symphony Orchestra for ABC TV as well as appearing many TV commercials.