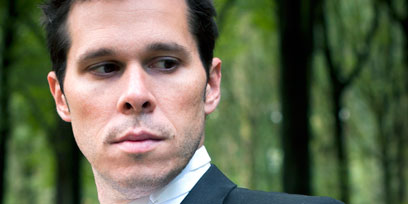 Based in Europe for the last 8 years, David has been engaged by some of the most exceptional festivals and orchestras throughout France, The Netherlands and Germany. As a principal artist he has appeared at Festival Aix-en Provence in France with the multi award-winning Freiburg Barokorchester, and as a festival artist at Glyndebourne Festival Opera with the Orchestra of the Age of Enlightenment. He has toured and worked with artists including Richard Egarr and the Academy of Ancient Music and Ton Koopman & Amsterdam Baroque Orchestra. In 2012 he made his Italian operatic debut performing Handel’s Agrippina at Teatro Comunale in Modena, under Michael Chance.

Last year David made his Royal Concertgebouw debut in Amsterdam, in a concert of Monteverdi’s Madrigali Guerrieri et Amorosi.

Since his first soloist appearance with the Australian Brandenburg Orchestra as a recently graduated student from the Sydney Conservatorium, David has been consistently engaged as a soloist with the most esteemed ensembles in Australia, and New Zealand. He has appeared as a regular principle with Australia’s premier baroque opera company Pinchgut Opera, and has featured in productions such as Rameau’s Dardanus , Charpentier’s David & Jonothan, & Monteverdi’s L’Orfeo.

In 2014 David was given the honour of being the first vocalist to work with the Australia’s first all-period classical orchestra, the Australian Haydn Ensemble.

Whilst in the UK David had the great privilege to work as bass Lay Clark at Westminster Abbey Choir, and was also invited to sing with the Sistine Chapel Choir (Rome) throughout parts of 2014.

David was a full time chorus member of Opera Australia during 2007-8.

Upcoming engagements include Wagner in Gounod’s Faust in a co-production with Lyric Opera Chicago in the Macau International Music Festival, and Lopez in Gretry’s Lamant Jaloux for Pinchgut Opera in December.