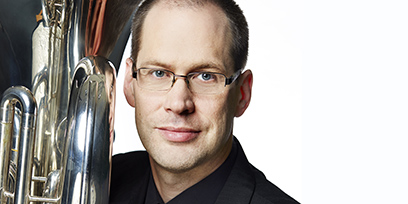 Edwin Diefes holds the position of Principal Tuba in the Opera Australia Orchestra having first joined the Orchestra in 2010. Edwin began his musical studies at the age of eight, and under the tutelage of Don Butterfield, Don Harry and Warren Deck went on to complete a Bachelor of Music Performance at The Curtis Institute of Music, and then The Juilliard School in New York.

Fun fact: Larry Hagman's roof would have to be one of the strangest places Edwin has performed.