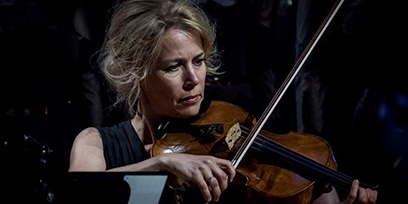 Born in Denmark Ida studied at the Royal Danish Academy of Music with professors Josef Kodousek and Tim Frederiksen, performing her debut as a soloist in 1997. She completed a Graduate Diploma in Solo Performance at the Sydney Conservatorium of Music with professor Wolfram Christ. In 1996 she was awarded the prestigious Jacob Gade Prize and the Brahms prize Baden Baden. Following her studies, she became a member of the European Union Youth Orchestra and also worked with Australian Chamber Orchestra.

Ida is an active chamber musician and a founding member of the string sextet Copenhagen Classic (who have recorded on the EMI label). For ten years she was a member of the contemporary music ensemble Athelas Sinfonietta Copenhagen.