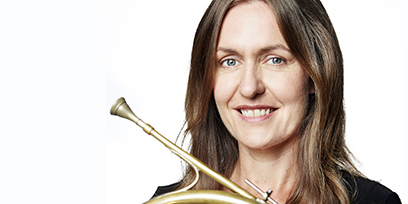 Lisa Wynne-Allen holds the position of Tutti Horn in the Opera Australia Orchestra having first joined the Orchestra in 2004. Lisa began her musical studies at the age of thirteen and under the tutelage of Dominic Harvey and Darryl Poulsen went on to complete a Bachelor of Music at Canberra School of Music and University of Western Australia.

Fun fact: Lisa's favourite composer would have to be Richard Strauss.  Not just because of the great writing for French Horn but also because of the range of emotions his music evokes.