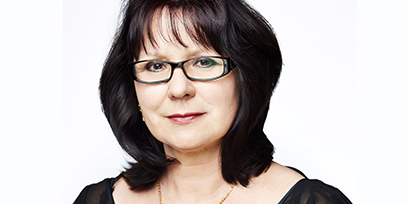 Since 1994 Magdalena has been a permanent member and has performed as a guest Principal Viola in the Opera Australia Orchestra. In 1982 Magdalena entered the Stanislaw Moniuszko Academy of Music in Gdansk, Poland as the top candidate and completed her Master of Arts degree at the Faculty of Instrumental Studies, specialising in violin/viola  in 1988. In 1983 Magdalena participated in The International Master Interpretation and Pedagogical Course in Lancut, Poland. After completing her studies Magdalena held the Principal Violin position in State Philharmonic Orchestra in Koszalin, Poland and then the First Violin position in Baltic State Philharmonic Orchestra in Gdansk.

Magdalena has  participated in numerous international tours and festivals across Europe (Germany, Austria, Switzerland, Belgium, Spain, and France)  performing at venues including The Munich Philharmonic, Alte Oper in Frankfurt and Concertgebouw in Amsterdam. Magdalena has an extensive performing career playing in professional symphonic, opera and chamber Orchestras in Australia and overseas including Sydney Symphony Orchestra and Western Australia Symphony Orchestra.

Additionally Magdalena has had an extensive career as a chamber music performer. She was a member of Sydney Camerata, String Ensemble (leader) in Australian Institute of Music, Chamber Orchestra “Odeon “in Gdansk, Poland, Gdansk String Quartet, and   Baltic Chamber Orchestra in Gdansk.  Magdalena has participated in numerous radio, television and Fox Studio recording sessions in Australia and overseas (Opera Australia, Fox Studio, and Vivart, Gdansk, Poland).

Since 1987 Magdalena has enjoyed an outstanding career as a violin teacher in Australia and overseas. She has taught at The University of New South Wales, The Australian Institute of Music in Sydney and Grazyna Bacewicz Music School in Koszalin, Poland.

Her students are highly recognised and are recipients of many prestigious awards including   Bachelor of Art- Distinction-UNSW, Sydney ,  entry with Honours into the Conservatorium of Cologne, Germany, prizes in the State Violin Competitions, Poland, Highly Commended Award in Violin Solo Event in the McDonald’s City of Sydney Performing Arts Challenge, Sydney, Distinction Certificates for Outstanding Performances (AMEB), High Distinctions in Practice of Music (AMEB), numerous Honours commendations (AMEB), Sydney.

Fun fact: Magdalena secret passion is definitely traveling and exploring. She regularly do many different outdoor and indoor activities including gym, tennis, swimming, walking as well as hiking and target shooting.  Magdalena love admiring the beauty of nature as well as heritage, arts, paintings and architecture. She's adores good literature and is interested in the humanitarian attitude and approach to life, people and their cultures.