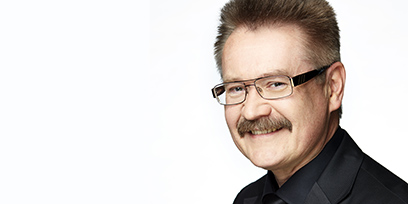 Marek Krusynski holds the position of Tutti Violin in the Opera Australia Orchestra. In 1989 Marek completed his Master of Arts degree at the Faculty of Instrumental Studies, specialising in violin at The Stanislaw Moniuszko Academy of Music in Gdansk, Poland. In 1982 and 1983 he participated in The International Master Interpretation and Pedagogical Courses in Łańcut, Poland which hosted the most renowned violinists and violin teachers from around the world at the time. Marek has performed extensively as a solo, chamber, symphonic and opera orchestra performer in Australia and overseas. At the age of nine he made his public debut performing a violin concerto with theStanisław Moniuszko State Philharmonic Orchestra in Koszalin, Poland where he was later appointed Concertmaster.

Between 1987 and 1991 Marek performed ininternational tours and festivals across Europe (Germany, Austria, Switzerland, Belgium, Spain and France) in some prestigious venues including the Munich Philharmonic, Alte Oper in Frankfurt and Concertgebouw in Amsterdam.  He was a member of the Wojciech Rajski Chamber Orchestra in Gdansk,  Concertmaster of Chamber Orchestra “Odeon “in Gdansk and leader of Gdansk Piano Quartet. Since 1994 Marek has been a permanent member of Opera Australia Orchestra and he has performed with Sydney Symphony Orchestra, Sydney Camerata Western Australia Symphony Orchestra and a member of Brahms Quartet Sydney.

Marek participated in numerous radio and television recording sessions in Australia and overseas.

Since 1988 Marek has enjoyed an outstanding career as a violin teacher. His students are highly recognised and are recipients of many prestigious awards including Scholarship to Sydney Conservatorium of Music, Sydney (2013) , prizes in Violin State Competitions in Poland ( including firs prize ) , High Distinction Certificates in Practice of music (AMEB), Sydney , Distinction Certificates for Outstanding performances (AMEB ), Sydney,  and  numerous Honours commendations (AMEB), Sydney.

Fun fact: Marek's instrument was made in the year 2000 by an Italian maker from Cremona Vittorio Villa named Maestro Vittorio, and is a replica of a violin made by Giuseppe Guarneri Del Gesu in 1728.