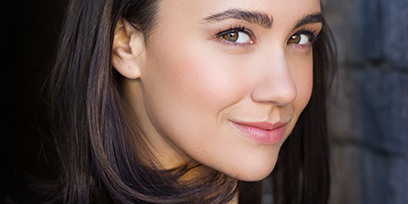 Samantha is currently starring as Dorothy in the Australian tour of The Wizard of Oz (Gordon Frost Organisation). Before heading down the yellow brick road, Samantha was a part of the Australian/Japan tour of Singin' in the Rain (Kathy U/S) and prior to this starred as the title role in Violet (Blue Saint Productions), for which she was nominated for a Sydney Theatre Award for Best Actress in a Musical.

Samantha has trained privately with some of Australia’s finest teachers in acting, singing, voice and dialect. She has also studied at various performing arts studios including Patrick Studios Australia, the Atlantic Acting School (NYC), Vocal Alchemy, 16th Street and the Hub Studio. Samantha was the proud recipient of the prestigious Rob Guest Endowment in 2013.