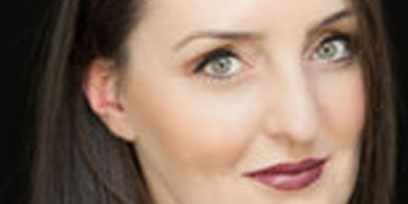 After completing both undergraduate (B.Mus) and post-graduate (Post-Grad Diploma Music - Opera) studies in Canberra under the tutelage of Anthea Moller, Sharon took up the position as a Young Artist with The State Opera of South Australia (2001). In 2003 and 2004 Sharon worked in the International Festival d’Art Lyrique d’Aix-en-Provence in productions of La Traviata and Die Entfuhrung aus dem Serail, under the batons of Daniel Harding and Marc Minkowski. Since returning to Australia, Sharon has worked for the OzOpera Schools Company in their touring production of Sid The Serpent Who Wanted to Sing in the role of Clown and is currently in the full-time Opera Australia Chorus.

Sharon has performed the roles of Countess in Le Nozze di Figaro, The Governess in The Turn of the Screw (also covering the role for State Opera of SA), Mabel in The Pirates of Penzance (also covering the role for Opera Australia), Queen Tye in Phillip Glass’ Akhnaten for SOSA and Melbourne International Arts Festival, the title role in Patience, Cis in Albert Herring, Madrigal Singer in Manon Lescaut and Isabel in Pirates of Penzance both for Opera Australia, Belinda in Dido and Aeneus, Secretary in The Tsar Has His Photograph Taken, First Genie in The Magic Flute, Angel in Larry Sitsky’s Faust, Lucy in Menotti’s The Telephone and Doreen in The Sentimental Bloke

Sharon has also covered the roles of Mrs Segstrom and Mrs Anderssen in A Little Night Music and Katchen in Werther for OA and Johanna in Sweeney Todd for SOSA.

In Oratorio, she has sung as Soprano Soloist in Handel’s Messiah, both Mozart and Faure’s Requiem's and Tippet’s A Child Of Our Time.

Sharon’s theatrical credits include Meg in Secret Bridesmaid’s Business, Shelby in Steel Magnolia’s, Ellen in The House on the Cliff, Suzy in Mr A’s Amazing Maze Plays, and Wendy in Peter Pan.