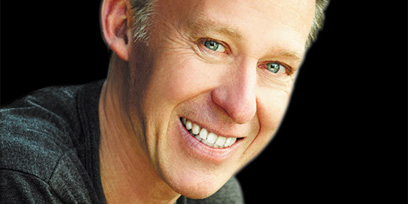 Show business is in Wayne’s blood. Being “born in a trunk” he is the fourth generation performer. His family tradition has enabled him to acquire skills, such as singing, dancing, tap-dancing, acrobatics and slapstick comedy.

Wayne’s introduction to musical theatre was at the age of 11. He was cast as a tap dancing sailor in Gypsy, with Gloria Dawn. Wayne was hooked. He went on to co-star as Tom Thumb in the musical Barnum, Baby John and Arab in West Side Story, Waxy Collins in STC’s Jonah Jones, Seven Little Australians, Benny Southstreet in Guys and Dolls, Mike in A Chorus Line, Buttons and Wishy-Washy in the pantomimes Cinderella and Aladdin co-starring alongside Bert Newton, Chicago and the MTC/STC’s production of Urinetown.

Wayne is most loved and remembered for his starring role as Cosmo Brown in the Australian and Asian tour of Singin’ in the Rain. He is acclaimed for his show-stopping slapstick routine Make ‘em Laugh. Wayne was nominated for a Helpmann, Green Room and Australian Dance Award, and is the recipient of five MO Awards, including Musical Theatre Performer of the Year.

Wayne conceived and starred in the Australian musical comedy Jive Junkys, (now UnderDogs) which toured extensively and received a coveted Pick of the Fringe Award at the Edinburgh Fringe Festival. He returned to Edinburgh playing the role of the Vaudevillian Tap Dancer in the highly acclaimed Smoke & Mirrors at the Famous Spiegeltent, also playing at the Sydney, Melbourne and Auckland Arts Festivals. Wayne was nominated for a Green Room Award for his role as Moonface Martin in Anything Goes for the Production Company, with whom he also played the Modern Major General in The Pirates Of Penzance. For Packemin Productions, he took on the challenge to play the loveable rogue Fagin in Oliver and Wilbur Turnblad in Hairspray.

Wayne recently starred as Max Bailystock in The Producers for the Production Company, for which he received Helpmann and Green Room Award nominations, and won the Green Room Award for Lead Actor in a Musical. Also in 2013 Wayne was part of the Babies Prom Series performing Swing Baby Swing at the Sydney Opera House. He also performed in Hot Shoe Shuffle along his son Zan Kermond. This year, Wayne played the role of Nathan Detroit in Harvest Rain’s production of Guys and Dolls, and performed at the Adelaide Cabaret Festival alongside his father and son celebrating three generations onstage, in their world premiere production Kermond 3 Gen Variety Show, receiving five star reviews.

Wayne’s television and feature film credits include dramatic roles in The Shiralee, The Heroes, the sequel Heroes 2 – the Return, Kings in Grass Castles and Rebel. He was the principal motion capture performer on the feature films Happy Feet and Happy Feet 2 playing the roles of Memphis and Love Lace.

Wayne’s greatest love is performing live. His most recent success is the new Australian musical cabaret Candy Man, which he conceived and starred in, receiving standing ovations and rave reviews

Wayne has been honoured to be an Australia Day Ambassador.