From IT to opera: David Parkin

From IT to Opera: Commendatore a milestone for Parkin

For Operatunity Oz star David Parkin, who is making his role debut as the Commendatore in Don Giovanni this month [September], performing the role of Mozart’s avenging ghost  is the realisation of a life-long dream. “Walking on stage as the Commendatore has been my ambition since age 10, when I saw Donald Shanks in the role at the Sydney Opera House,” he says, speaking to Allerta! in his dressing room backstage at the Opera House.

After winning Operatunity Oz in 2006, Parkin has been steadily expanding his repertoire – Sparafucile led to the King in Aida, then Colline in La bohème, Masetto and the Commendatore. Next year he will make his role debut as Sarastro in Julie Taymor’s new production of The Magic Flute. Yet it was not until the beginning of this year that he crossed the bridge from IT to Opera.

Since childhood, Parkin has had two conflicting ambitions: being an engineer and being an opera singer. “After Operatunity Oz, for about a year I wasn’t completely decided about whether I should follow the opera dream – I had a very good career in IT,” he says. It was during a stage orchestral for a 2007 Don Giovanni production, in which he covered the role of Masetto, that the penny finally dropped. “Sitting there in this virtually empty theatre, watching so many talented musicians striving together, I realised that I had to have this in my life, that I really did want to be an opera singer.”

Since then, it’s been a steep learning curve for the singer who learned his first aria for Operatunity Oz, even though he had well developed music skills. “I studied music and composition in high school and played piano and tuba in bands,” he says. His mother played the cello and his sister, Jane, is an opera singer and current Young Artist with OA. “There was a lot of classical music in my childhood, but a musical background doesn’t give you operatic technique,” he says.

Once OA had established that Parkin was serious about pursuing a career on the stage, the Company offered  him covers and small roles to see how he developed. “The last five years have been about building up my technique, confidence and experience through competitions, concerts and new roles,” he says. He admits, with a laugh, to enjoying performing roles like the King in Aida where every time he sings, everybody bows. “Bass roles are often like that – you don’t sing a lot of notes but you make a big impact!”

Marrying the demands of a corporate life with learning and performing opera was very challenging. By 2010, four years after his Operatunity Oz win, life had become so frantic that Parkin realised something would have to give. “There was no time left for myself,” he says. When OA offered him a contract for 2011, he jumped at it. “I’m very grateful for the opportunity and very excited about it. Since joining the Company full-time, my singing has definitely gone up a notch. That could not have happened while I was a part-time singer.”

Parkin does not feel at a disadvantage when working with more experienced singers. And it helps to have a sibling who has already covered the ground that he’s now covering. “Jane is an inspiration and a very valuable resource. I’m very lucky to have her in my corner; we’re close and we often compare notes,” he says.

Having studied music to a high level, from a musicianship point of view he feels confident. As for vocal technique: “I’m definitely not the finished article, but I don’t think any opera singer can ever claim to be the finished article. On the day she retired, Joan Sutherland said, “School’s out”.

The challenge for a young singer performing the role of the Commendatore is not to over-sing. “The Commendatore is the voice of righteousness, the ghost who claims Don Giovanni’s soul at the end of the opera. For a young bass, the trick is to find a way to hold your power; to allow your voice to bloom rather than to scream.”

Parkin is not as plagued by nerves as one might imagine. “Perhaps it’s my engineering background, but I don’t seem to get as nervous as many others do. Yet the times it does strike, it comes in a brain-crushing way, usually moments before I have to go on, when other singers tend to have found a calmer place. I just think, BREATHE. And I trust in my preparation and the rehearsal process.”

In making the transition from IT to opera, Parkin did consider the fact that Corporate IT is more lucrative than opera. “I have a mortgage and am recently married, so like most people I have commitments and responsibilities,” he says. But when working in the corporate world, he saw a lot of unhappy, well-earning people. “To me, contentment and fulfilment are the most important things, if you love what you do, success will follow.” 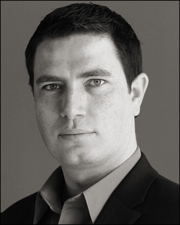 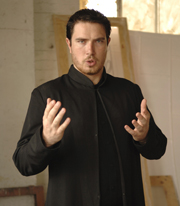 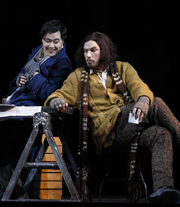 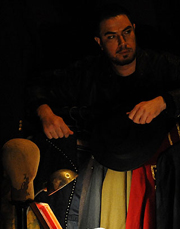