When teenagers write librettos, the language may be contemporary but the themes that have inspired opera over the centuries still hold strong: ambition is alive and well, murder continues to rear its ugly head and greed is never too far from the surface. But love has not lost its power to conquer all.

This month, the Dandenong season of WotOpera, Opera Australia’s education program sponsored by Wotif.com founder Graeme Wood and aimed at helping high school students to conceptualise, write, compose and produce an opera – in four weeks – reaches a climax when the curtain goes up on four local schools’ productions.

The schools have created librettos that are colourful and complicated enough to delight the hearts of opera-goers used to the fantastic twists and complicated machinations of baroque and Romantic plots.

Dandenong High School set their story in the fraught world of contemporary TV talent competitions. Xavier and Savannah are in love - “You’re driving me crazy, coz you’re one in a million baby” – but they also write and perform songs together, and therein lies the rub: will their love survive their personal ambition? Things get complicated with the arrival on the scene of talent scout Drake Diamond: “He’s popular, he’s cool, and he makes all the girls drool”.

Diamond can offer only one of the sweethearts a career...

Carwatha College opted for a more traditional setting: in their libretto, the rightful rulers of an unknown kingdom have been deposed and chucked into a dungeon. Princess Gabriella, daughter of the deposed rulers, is in danger of falling into the hands of the evil Clarissa, daughter of the usurping Dimitri and Cordelia. Gabriella, whose true identity is hidden even from herself, is not getting much sympathy for her efforts at helping her orphaned friends find their parents: evil Clarissa unceremoniously advises them to “get over themselves”, and her even more unsympathetic mother, Queen Cordelia, admonishes Gabriella with: “Shut up you worthless child!” Yet in the best tradition of fairy tales, wicked princesses and queens get their come-uppance…

Emerald Secondary College’s gambling saga features its own ratbag, also called Dimitri, plus a hapless addict by the name of Carlos. In this story, Dimitri and his friend Vladimir are members of the Russian mafia. They want the money that Carlos owes them – now – which is bad news indeed for penniless Carlos. But things begin to look up when Big Boss Boris sends his daughter Sophia to “encourage” Carlos to settle his debt. When Carlos and Sophia clap eyes on each other, to mutual exclamations of “OMG! OMG!”, they fall in love. Now they only have to find a way to pacify the murderous Mafiosi. In the best baroque tradition, this story features a deus ex machina in the form of a…ah but you’ll have to attend on the night to find out the answer to that.

In Kilbreda College’s libretto, we are back in the world of teenage idols. When pop star Brandy Stiletto is found murdered,  up-and-coming photographer Ophelia is assigned the job of documenting the crime scene. Questions arise, and Ophelia’s mother, La Squish, who deals in Tupperware, helps her in her investigations. A dancing cat called Pierce is inordinately interested in the manner of Brandy’s demise, especially when Brandy herself puts in an appearance or two – in ghost form. Meanwhile, as befits the tragic heroine of an opera, she is serenaded by the chorus, who chant at her shrine:  “OMG we love you and your music so much…”

Without a doubt, audiences can expect an evening of colourful storytelling when these operas are brought to the stage. If you’d like to see how it all pans out for the mob-harassed Sophia and Carlos, or for the orphaned Princess Gabriella; if you’d like to find out if young Xavier chooses ambition over love; or if Brandy Stiletto was indeed murdered…make sure that you’re there.

WotOpera is performed at 7.30pm on Tuesday 13 September at the Drum Theatre, Dandenong. Tickets $10, Children under 10 free when accompanied by an adult. 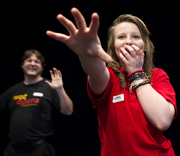 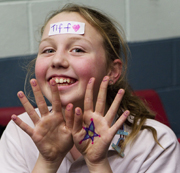 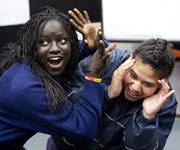 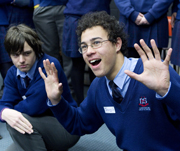 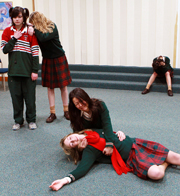