An interview with Jonas Kaufmann

Jonas Kaufmann can remember the moment he knew he’d ‘made it’, in almost filmic detail. It was the night of his Metropolitan Opera debut, and he was standing in the wings waiting to take his solo curtain call.

Singing Alfredo opposite Angela Gheorghiu in her signature role, Violetta in La Traviata, Kaufmann was vividly aware that everyone had come to see her. "At that time, I was a nobody in New York," he says.

In the glare of the lights, he could see the audience rising to their feet to applaud him, and his heart slipped into his stomach. His knees buckled, and before he knew it he found himself kneeling. "I had to force myself to get back up. I remember thinking 'Who, me?!' It may sound trite, but that’s exactly how it felt."

That was February of 2006, and since then, Kaufmann’s fame — and pulling power — has sky-rocketed. He sings at the Metropolitan Opera New York, at the Royal Opera House Covent Garden, at the Salzburg Festival and all through Europe.

His schedule is booked six or seven years in advance, and he can sing anything from lighter lyric roles to Puccini, Massenet and Wagner. His career has already reached heights many tenors only dream of.

But were it not for the intervention of his teacher, Michael Rhodes, it might never have happened. Twenty years ago, Kaufmann was just another lyric tenor in Saarbrücken, singing the roles he had been told to sing: Mozart’s Tamino (The Magic Flute) and Don Ottavio (Don Giovanni).

"I got ill very quickly, and I was unable to cope with the things I had to sing. In the darkest moment of those years, I got hoarse during a Parsifal performance singing the small part of the fourth squire."

Rhodes can take the credit for "unearthing" Kaufmann’s natural tone, the tenor explains.

"He taught me to sing with my own voice instead of imitating the typical lyrical German tenor. 'Stop manipulating your voice,' he said to me, 'just let it out!'"

The result was a revelation, Kaufmann says. "The minute I had my throat wide open in something like a relaxed yawn, a big dark sound came out of me."

That vast, rich sound has become his calling but when he first heard it, it took some getting used to. "In the beginning, it was like learning to drive a truck when you are used to driving a small car." 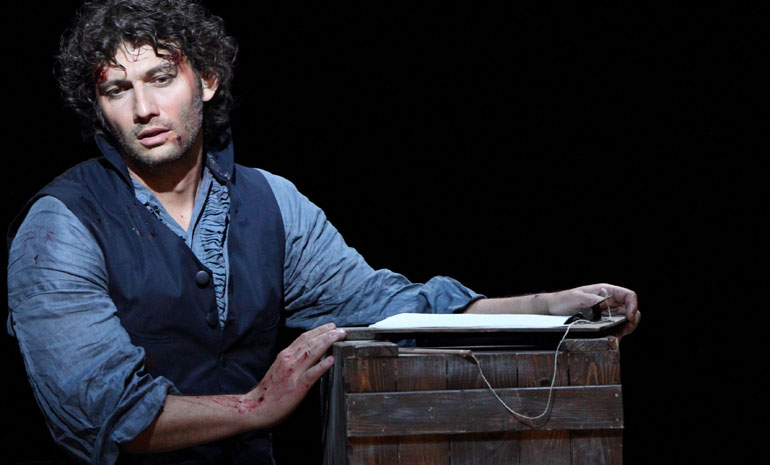 Kaufmann speaks fondly of a childhood soaked in music and opera. "My father had a big record collection, and it was a sort of family tradition for my sister and me to sit on the big sofa at home listening to symphonies and operas."

At six years old, he saw his first live performance of opera — Madama Butterfly — and began to dream of life as an opera singer. "The dream didn’t last long," he says, and even when it resurged 10 or 12 years later, he decided to pursue a ‘substantial’ career outside of music. "It was clear to me that professional singing was a pretty risky business. So I took my parents’ advice and enrolled at the University of Munich to study mathematics."

That only lasted a couple of semesters. "I wasn’t born to be a desk jockey!" He auditioned for a slot as a vocal student and was accepted on the spot. "It took a huge amount of courage to make the decision, and thank God I did it," he recalls.

When critics describe Kaufmann as ‘the hottest tenor in opera’, they’re not just talking about his voice. In interviews, reviews and publicity, there’s a constant chatter about his ‘pin-up boy image’ and ‘film-star good looks’. It used to drive Kaufmann crazy, and while it still doesn’t make him happy, he’s learning to live with it. "It doesn’t hurt when people tell you that they like your looks as well as your singing and acting. But as a singer, I know what I would rather be judged on." 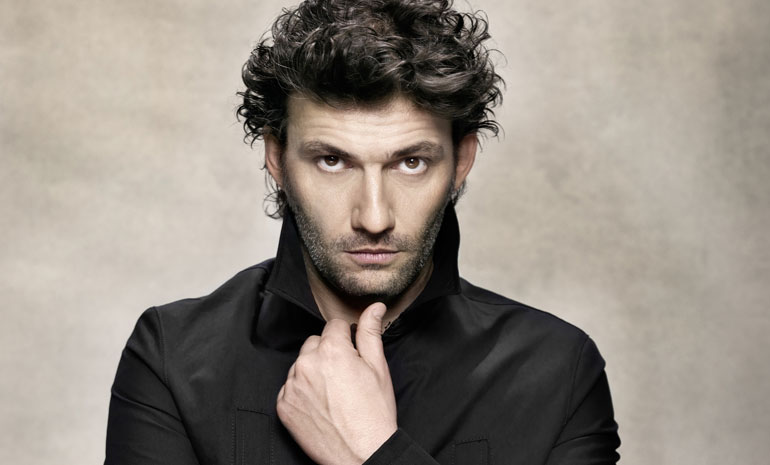 So busy that he often now performs in concerts and recitals, Kaufmann relishes the challenge of singing opera highlights. "Instead of telling one story within three hours, you tell about 10 different stories, each in a nutshell. You have to switch every five minutes: the language, the style, the vocal colours, the expression — everything."

The biggest benefit of singing opera arias in concert is that you can reach an audience that might never otherwise attend a performance. He hopes to infect them with his singing so that they might one day attend an entire opera performance.

"What’s the risk?" he asks. "In the worst case, you won’t come back. In the best case, it may change your life. Opera is a power house, a unique sort of magic and excitement. There is nothing like the thrill of an exciting live performance, with all those risks, and surprises, and that special chemistry between stage and audience; the combination of performed music, theatre and stage design … that’s something you don’t get in any other genre."

For many, opera can take on the importance of "daily bread", he says. "Maybe for some it’s like a drug," he says, quipping, "but it’s an utmost healthy one!"