The music has stopped

Our theatres are closed for the foreseeable future. Our orchestras are silent and there is no singing. The music has stopped.

Who could have imagined that our world could change so dramatically in such a short time? What does it mean for our culture, our society and who we are as human beings? Fighting over toilet paper! Who, or what, have we become?

The artists I’ve been speaking to during the past week are incredibly resilient, exceptionally brave and generous, but they are also vulnerable and sensitive human beings. The emotional toll — let alone the financial toll — on them will be incalculable.

Let me give two examples.

The wonderful young soprano Stacey Alleaume has been rehearsing in La Traviata for the past month, as has her tenor, Rame Lahaj, and Michael Honeyman. The alternative cast, too, including Jessica Nuccio, Jose Carbo and Paul O’Neill, has been part of the same preparation.

I saw a run-through on the Friday before last of Act 1, conducted by Brian Castles-Onion. It was magnificent. 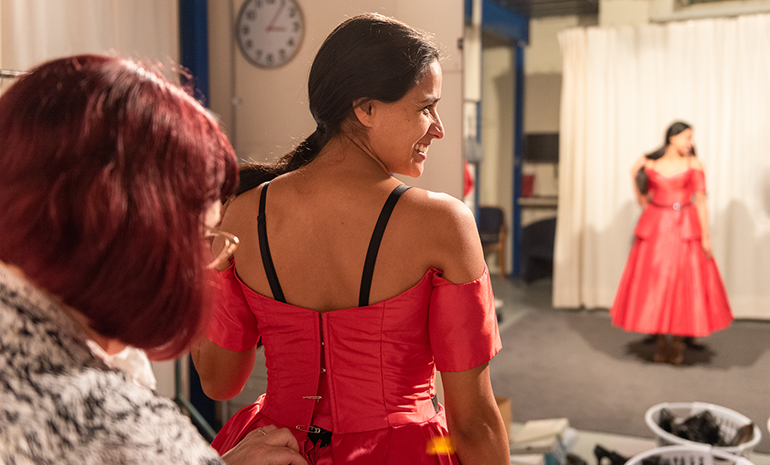 Stacey Alleaume is fitted with her costume for La Traviata. Photo by Phillip Booth

Constantine Costi, an extremely talented young director, has done a wonderful job on this production. But sadly, at the very moment when we would have been transferring to the stage on Sydney Harbour, we made the ­decision to cancel the season.

It is heartbreaking for everyone involved. So much work and not even one performance.

Then there are all the suppliers, the contractors working on Handa Opera on Sydney Harbour. Everything is built but there are no audiences. The silence is punctuated by drills unscrewing the village as they dismantle the entire structure. This is the saddest sound of all.

In the second example, Natalie Aroyan and the wonderful cast of Attila had two performances at the Sydney Opera House. After a decade of work leading to these performances, there is now heartbreak, sadness and frustration.

What is the long-term effect on the artists and theatre workers who sacrifice on a daily basis because they love what they do? They love seeing an audience standing, cheering, whistling and stomping feet in appreciation.

These performances require a large number of talented individuals in the orchestra, the chorus, backstage and in the back office. Now, after all the sacrifices they have made, after all the blood sweat and tears, the hours of individual preparation, the weeks of rehearsals, they have nothing.

For me, the devastating thing is that I don’t know when I can tell them that the theatre will be open and that we will have a show.

These are worldwide leaders in their fields who give their all every night and day to their art. Sadly, they are now in a void with no certainty as to when it will be filled. 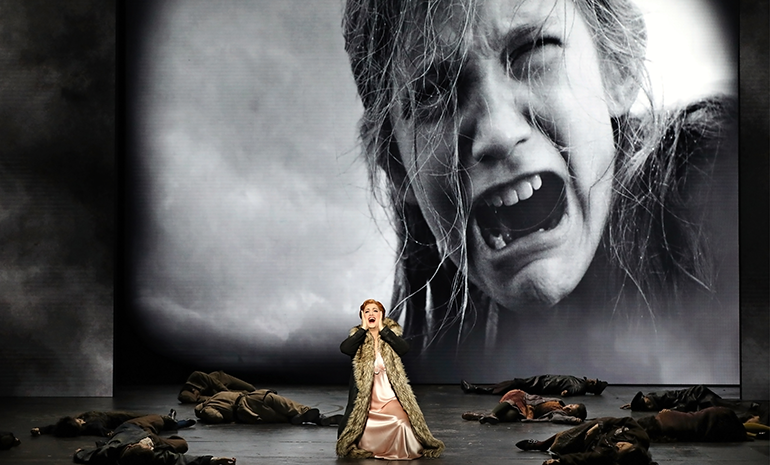 I was recently in a rehearsal, along with only a small number of people, for Die Walkure, the second opera in Wagner’s Der Ring des Niebelungen, scheduled for Brisbane later this year.

The emotion in the room was extraordinary. I came out of the rehearsal to find an assistant director in tears in the corridor.

I did my best to comfort her but what can I really say? How many of these theatre workers will still be working after this horrendous time has passed? I don’t know.

What I do know is that our cultural life will be decimated as never before, and we will struggle to bring audiences back to the theatre. Will they come? Will they worry about another virus? Who knows.

Whatever happens, our phenomenally talented artists around the world will face a more difficult future than they or their predecessors have ever faced. We will support them as much as we can and we will all make sacrifices together. This is a time for us all to support our fragile cultural existence.

There has been a lot of rhetoric recently about what it means to be Australian. For me, it means helping a mate, asking if they’re OK during this difficult time, and for all of us to be prepared to make sacrifices for our colleagues, our humanity and our cultural wellbeing.

We are a nation of courageous people who find our greatest moments during times of extreme crisis and this period is one of the greatest challenges we have faced. But we will overcome, and we will win. Then maybe we will emerge from this indescribable nightmare stronger, more generous and fit for a period of brilliant creativity. This is my fervent hope.

This article first appeared in The Australian on 24 March.