Faust is the story of an ageing scholar who curses God and makes a deal with the devil. Here's everything you need to know.

Charles-François Gounod, a French composer born in Paris in 1818.

He wrote melodies that sound simple and sentimental, (although are often technically difficult) which make for beautiful, easy listening. His music is elegant, theatrical and colourful, with grand moments and lush orchestrations.

The son of a pianist and a painter, Gounod showed musical promise early and studied under prominent musicians. He briefly interrupted his music career to train for the priesthood, but decided to pursue a career in opera instead. His short-lived time at the seminary gave him the nickname ‘philandering monk’. The tension between Gounod’s spiritual side and his musical ambition is a theme that runs through his work — especially in Faust! 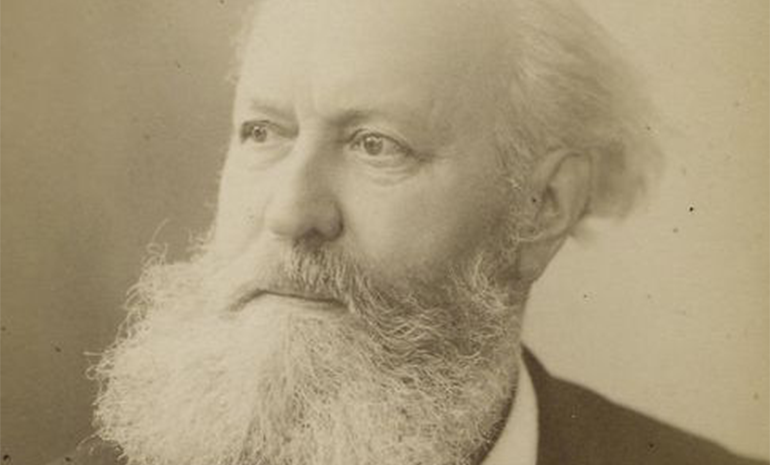 Disillusioned with life, an ageing scholar curses a deal with the devil. He gains youth, beauty, love and riches and the services of Méphistophélès himself on this earth.

For these, he trades his freedom in the afterlife, but what will he regret on earth? 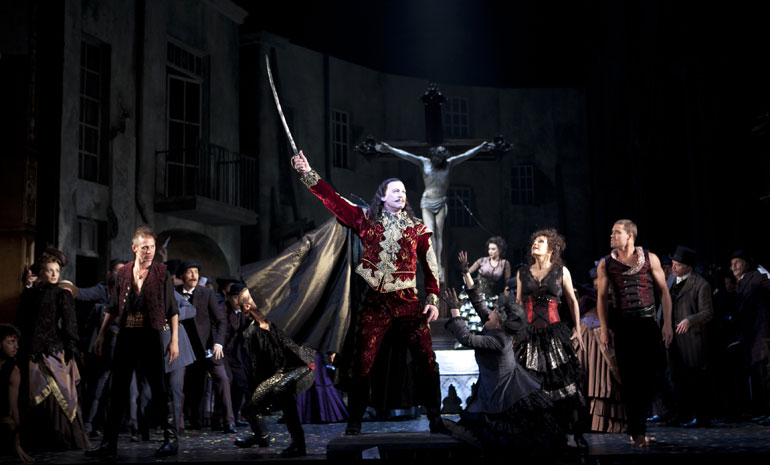 Teddy Tahu Rhodes as Méphistophélès in Opera Australia's 2015 production of Faust at the Sydney Opera House. Photo by Lisa Tomasetti.

Dr Faust — an ageing scientist disillusioned with life, God and science
Marguerite — the object of his affection
Méphistophélès — the devil, Lord of the underworld
Valentin — Marguerite’s brother

The Soldiers' Chorus, a tune that you’ll be humming as you leave the theatre.

During Marguerite’s famous jewel song, listen for how the music reflects her breathless excitement. The main melody runs up to a top note, a little gasp of excitement, and rising phrases reveal her delight as she gets more enchanted with the beautiful jewels. 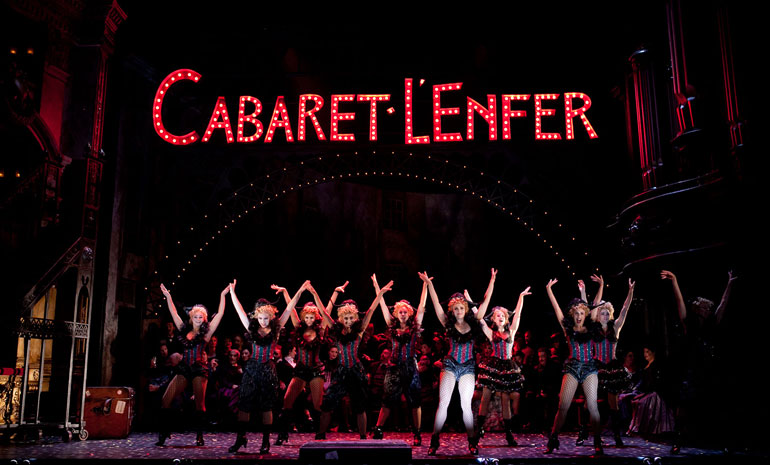 Dancers in Opera Australia's 2015 production of Faust at the Sydney Opera House. Photo by Lisa Tomasetti.

“A smashing show”, originally created for the Royal Opera House, Covent Garden by director Sir David McVicar. This is grand opera in every sense — Faust demands a big cast of great talent to sing the glorious music, and this production also involves 11 dancers and 14 actors. The set (designed by Charles Edwards) is magnificent: giving us a Parisian theatre, a recreation of the Church of Saint-Séverin and a glittering reconstruction of the Cabaret de l’Enfer.

While Gounod’s opera is sometimes accused of being a sentimental morality study, no one could say that about this production. McVicar dwells on some of the opera’s darker themes in a production that both honours the work itself and delivers “one hell of a good show” — The Telegraph (UK)

Gounod based his opera on Michel Carré’s play Faust et Marguerite, which draws on the more human element of Goethe’s famous play-in-verse Faust. But when Gounod presented his nearly-finished score to the Paris Opera, they rejected it, on the grounds that it wasn’t ‘showy’ enough. The Théâtre-Lyrique agreed to take it on, but with conditions: the manager Leon Carvalho cut several numbers, delayed its premiere by a year and demanded his wife sing the role of Marguerite.

When it finally premièred in March 1859, the critics were full of praise (although the audience were less enthusiastic). The librettists (Carré and Jules Barbier) were nervous about how the critics would compare their opera to Goethe’s great play — Barbier so much so that he took to bed and actually missed the premiere. 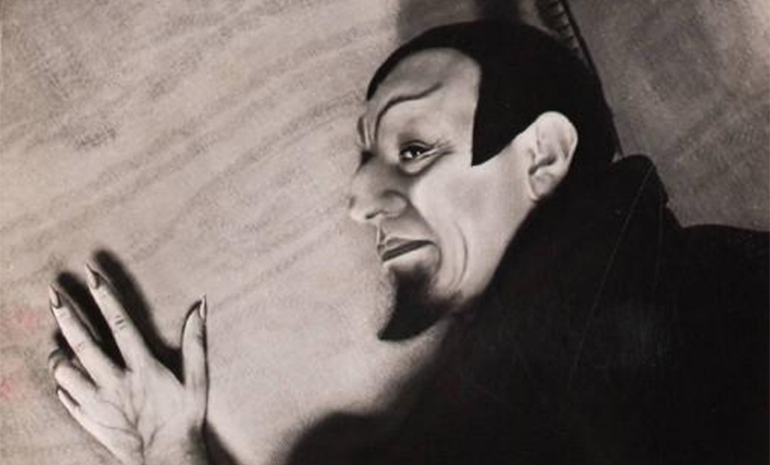 But they needn’t have feared — it quickly became a hit. Gounod made many revisions to the opera. By 1860 he had set the spoken dialogue between numbers to music. Four years later, he wrote an aria especially for the English baritone Santley, which was sung in English in London and only later translated into French. When it eventually reached the Paris Opera, ten years after its Paris premiere, Gounod had added a ballet. By then, Gounod’s opera was playing all over Europe. It was the most frequently performed opera in Paris for decades, it’s been translated into 25 languages, and was so popular that when the Metropolitan Opera opened its doors in 1883, Faust was the first opera performed. In fact, the Met is sometimes described as the “house that Faust built".

The lavish opera is expensive to produce, meaning it is not performed as frequently today as it once was. But it continues to touch audiences — perhaps Charles Dickens put it best when he said of Faust “it has affected me and sounded in my ears like a mournful echo of things that lie in my own heart.”

faust in a nutshell

The music: Melodies that sound simple and sentimental. Often technically difficult, but beautiful and easy to listen to.

The big hit: The Soldiers' Chorus, a tune that you'll be humming as you leave the theatre.

The setting: Gounod based his opera on Michel Carré’s play Faust et Marguerite, which draws on the more human element of Goethe’s famous play-in-verse Faust.

The history: When Gounod presented his nearly-finished score to the Paris Opera, they rejected it, on the grounds that it wasn’t ‘showy’ enough. When it finally premiered in March 1859 though, the critics were full of praise and it became a great hit.

A quirky fact to impress your date: Goethe himself did not believe any composer fit to set his great work to music, with the exception of Mozart, who died nearly 20 years before Goethe even finished part 1.