Everything you need to know about Puccini's beautiful opera Madama Butterfly, including information about the composer, the story, the music, the history of the opera and some fun facts.

One of the grand old men of Italian opera, Puccini composed some of the world’s most famous operas: La bohème, Tosca, Turandot and Madama Butterfly.

You know you’re listening to Puccini when the music is full of big, sweeping melodies, and the stories are about ordinary people — someone you or I might know, or be, if we were in another situation.

Prepare to cry your eyes out — the composer himself once said his success as an opera composer was due to putting “great sorrows in little souls”, and he wasn’t wrong.

The American naval officer, Pinkerton is exploring the world in the name of war and pleasure. He sets his sights on the best and fairest of this land: the stunning Japanese beauty Cio-Cio-San.

Fascinated by her exotic beauty, Pinkerton marries her on sight, while Cio-Cio-San, enthralled by his American ways and promise of a modern life in America, falls wholeheartedly in love with the stranger. But Pinkerton already has a foot out the door, looking forward to the day he will marry “a real wife, a wife from America.”

Years pass, and Cio-Cio-San waits faithfully for her husband’s return from distant shores. Long abandoned by her family, she is alone with her servant Suzuki and a living memento of her American love. She refuses all offers of marriage, singing of her great hope for the day Pinkerton will return. The faithful Suzuki tries in vain to convince her to abandon hope.

But when his ship comes in, Pinkerton is not alone. As dawn breaks, what will become of Butterfly’s great hope?

The heartbreaking 'Un bel di vedremo' (One Beautiful Day) is the aria that every soprano dreams of singing. Butterfly is imagining the day her beloved Pinkerton will return — but even as the music soars with her eternal optimism, there is a suggestion of melancholy in Puccini’s score, foreshadowing the morning.

Where have I heard that?

Butterfly’s music is used to startling effect in Fatal Attraction.

You can’t miss the famous strains of The Star Spangled Banner, which plays as the American Pinkerton waits for his Japanese bride and again as Butterfly dreams of her American life.

There’s plenty of Japanese influence in Puccini’s score, too — he includes Japanese bells and tam-tams in the orchestra and uses the pentatonic scale to create an “exotic” sound. 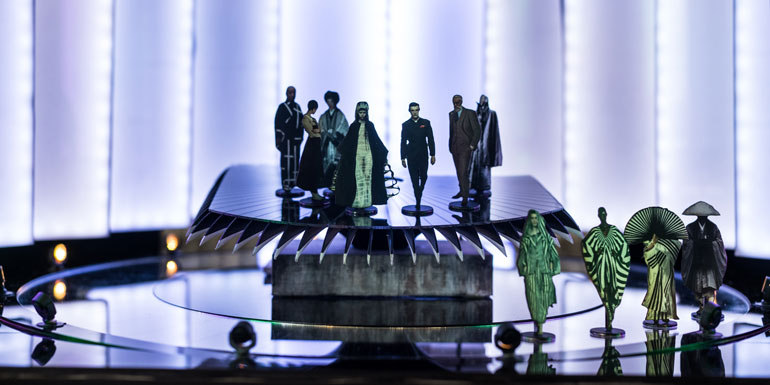 A contemporary look at Puccini's alluring heroine, in a new production by Australia's most famous choreographer, Graeme Murphy. 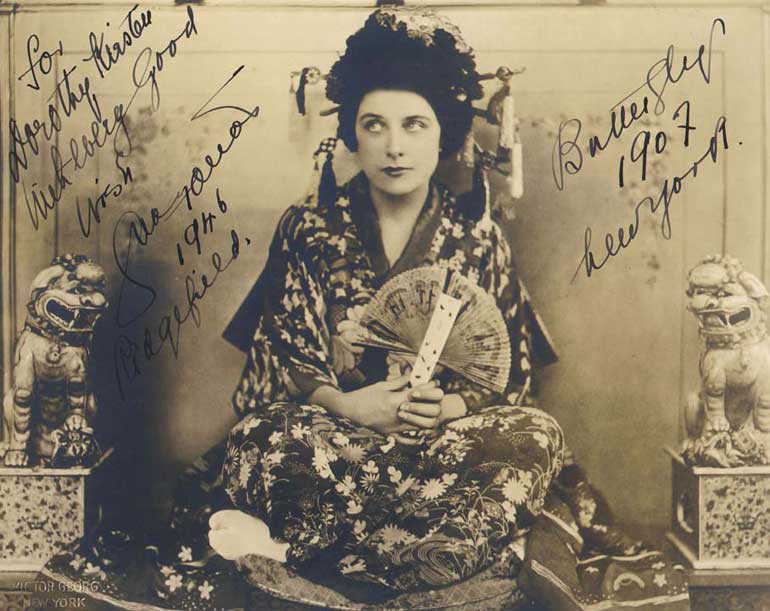 Geraldine Farrar as Madama Butterfly at the Metropolitan Opera in 1907. Photo: public domain.

Puccini was in the audience in London to see David Belasco’s one-act play Madam Butterfly in 1900. He was captivated, and wrote to the publisher, “The more I think about Butterfly, the more excited I become. Ah, if only I had it here with me to work on!”

He reworked the opera, adding Pinkerton’s agonised “Addio, fiorito asil” aria to the music and making theatrical changes to give Butterfly both more dignity and a greater isolation, to add to the final tragedy.

Puccini rewrote it five times — and the fifth and final is the one usually performed around the world.

Madama Butterfly in a nutshell

The music: Numerous Japanese influences in this opera, with the inclusion of both bells and tam-tams often seen in Japanese songs and arrangements.

The big hit: The heartbreaking 'Un bel di vedremo' (One Beautiful Day) is the aria that every soprano dreams of singing.

The history: The opera gathers together Balasco’s play (based on John Luther Long’s short story) and material from Pierre Loti’s novel Madama Chrysanthème to create the full, three-act tale of Cio-Cio-San’s betrayal.

A quirky fact to impress your date: Puccini rewrote it five times — and the fifth and final is the one usually performed around the world.