Everything you need to know about this landmark 20th Century opera.

Berg was an Austrian composer who has become one of the most important composers of the 20th century.

Surrounded by music in his middle-class Viennese home, Berg began to teach himself composition at 15. As a young teenager, he wrote more than 100 songs and duets.

A few years later, he met Arnold Schoenberg. The influential composer agreed to accept Berg as a student, even though Berg could not afford to pay.

The meeting changed everything. Under Schoenberg's instruction, Berg spent six years learning music theory, harmony, counterpoint and composition. He learned to develop entire works just by varying a single idea or theme. His first public performance was his Piano Sonata in 1907.

He married the singer Helene Nahowski in 1911.

Berg was pushing the boundaries of classical music. He was a member of the Second Viennese School, a group of composers closely associated with Schoenberg's composition style. Their work was expressive and atonal, which means a listener finds it hard to settle on a dominant note.

Two of his songs sparked a riot at a 1913 Viennese concert, which became known as the Skandalkonzert. 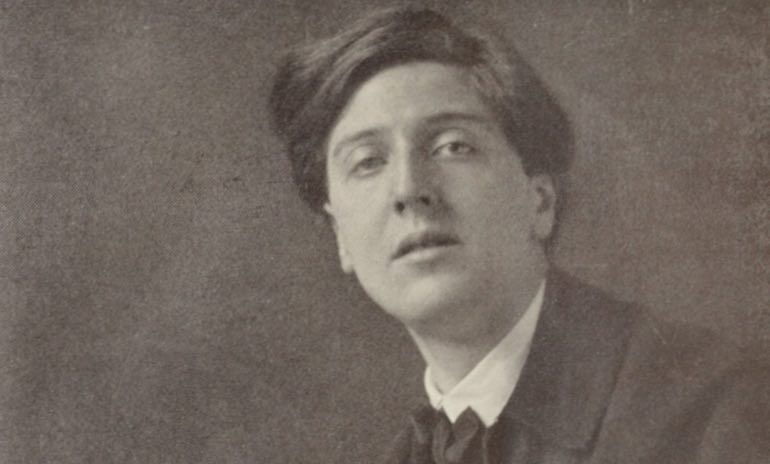 Berg served in the Austro-Hungarian army and then the war ministry during World War 1, and began work on the libretto of Wozzeck with its horrors fresh in his mind.

He was a successful composer by the time the Nazis came to power in 1933. But Berg suddenly found himself on the outside. As a close associate of the Jewish Schoenberg, the Nazis considered his music degenerate and eventually outlawed it altogether.

Berg withdrew to Southern Austria and worked in seclusion. He died of blood poisoning on Christmas Eve of 1935, a complication following a nasty insect sting.

He is most famous for his operas Wozzeck and Lulu, along with his Violin Concerto.

It’s a harsh world for the poor, and Wozzeck is suffering in it.

To support his illegitimate child, Wozzeck works for the cruel Captain and subjects himself to the Doctor's experiments.

But Wozzeck’s mind is betraying him. When the Captain suggests that his lover may not be faithful, Wozzeck finds himself on the edge of an abyss.

He commits a terrible crime.

The Captain: Wozzeck works for the Captain

Doctor: to earn some cash, Wozzeck allows the Doctor to experiment on him

You don't have to understand Berg's clever manipulation of musical forms to absorb the impact of his music. A 1925 reviewer said it best:

"The ordinary listener is not required to admire those moments of this music which are so astonishingly ingenious on paper: he doesn't see them, he hears them. And he must also hear ... how the air quivers, how the spirit trembles ... in short how the tragedy of the figure of Wozzeck, of Wozzeck's fate, becomes gripping music." (Zeitung am Mittag)

But there are things even an inexperienced listener can pick out. The music in Wozzeck is primarily atonal. That means it's hard to anticipate where its going, because it doesn't follow the patterns that we're used to hearing. The music might seem dissonant, uncomfortable, and unresolved - it doesn't flow to where you think it should go.

But every so often, Berg gives us a traditional tonal chord, and the effect is remarkable. They stand out, a beacon you can hold on to. When Wozzeck pays Marie his earnings in the first scene of Act II, relentless dissonance (all twelve tones of the scale at once!) gives way to a C Major Chord, possibly the most pleasing, traditional sound that could follow. Money, justice, Wozzeck's care for his child: all of this is summed up in one moment.

Listen for the different musical styles attached to each character. Even in music without a traditional melody, you can hear how the Captain's music is full of clashing notes, the Drum Major's music is brassy and militaristic, Marie's is sensual, the Doctor's music is grandiose and Wozzeck's music is haunted and lilting.

After Wozzeck dies, there is an outburst of emotion from the orchestra: it swells in dramatic, sweeping melodies. It is tonal, following recognisable patterns. This is a noticeable contrast from what has gone before, and gives this moment in the opera a chilling intensity.

For more on the music of Wozzeck, read this New York Times article.

Berg saw George Büchner's play Woyzeck just before World War I began, and knew right away he wanted to turn it into an opera.

But when World War I broke out, Berg received a call up. After just a few months of training, Berg's wife used her influence with the emperor to get her husband transferred to the war ministry. On leave in 1917, he wrote the libretto, and you can feel the influence of war all through the haunting story.

It was a scandal. It was a success. Some critics were brutal.

“As I was leaving the State Opera I had the sensation of having been not in a public theatre but in an insane asylum … I regard Alban Berg as a musical swindler and a musician dangerous to the community,” wrote a reviewer in the Deutsche Zeitung.

But others saw its power. “The skill of the score is extraordinary," wrote the Berliner Borsencourier.

News about the opera rippled across the musical community of Europe. Was it impossible to perform? Or was it brilliant?

In Prague, a 1926 premiere delighted critics and many in the audience, but nationalist protests put a stop to any further performances.

In Russia, it caused a sensation. "Here, the impartial listener is completely indifferent to the means through which the composer obtains his colossal effects. The music lives and breathes, it communicates the experience and the emotion ... there is no more passionate, no more emotionally true or more deeply expressive music drama than this Wozzeck," wrote a critic.

The fate of Wozzeck now rested on a successful German performance, so the pressure was on when a small company in Oldenburg produced the work. The public loved it. Josef Lex, who performed as Wozzeck, summed its success up: "it broke like a hurricane and signified the final victory of the work".

Indeed. Wozzeck is one of only a handful of 20th century works to regularly appear on opera stages around the world.

Black and white sketches, characteristic of Kentridge's work, are projected onto a stage full of jumbled furniture and rubble. The animated sketches appear and are erased.

This is a co-production developed with the Salzburg Festival, Metropolitan Opera of New York and Canadian Opera. 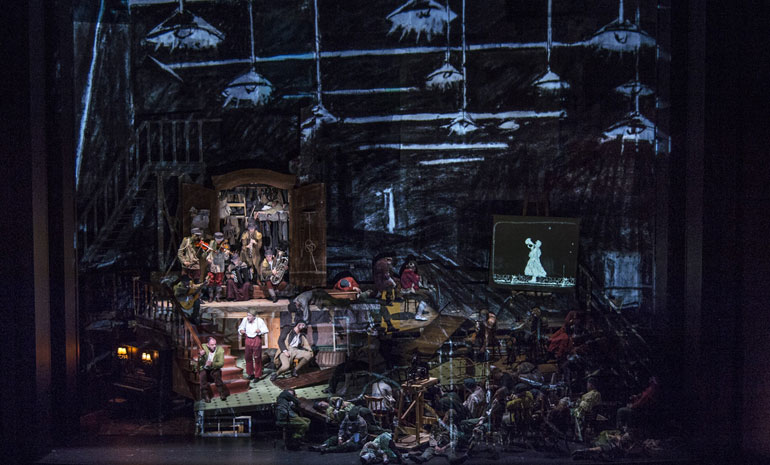 A production image from the Salzburg Festival's 2017 production of Wozzeck. Photo by Ruth Walz.

Wozzeck in a nutshell

The setting: amid the carnage of an unidentified war.

The controversy: The opera divided critics, who disagreed on whether Berg's opera was a brilliant masterpiece or an assault on classical music.

A quirky fact to impress your date: The opera's title is a mistake. Buchner's original play was called Woyzeck, but the transcriber couldn't read the playwright's handwriting, and wrote it down incorrectly. Berg had already set the wrong name to music, so it stayed.