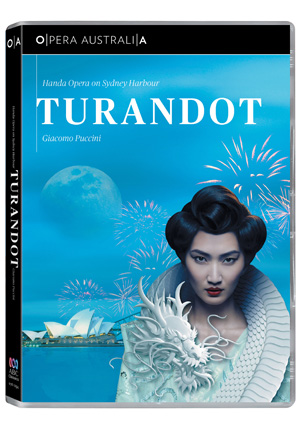 World-class opera in a spectacular setting: Handa Opera on Sydney Harbour returns with Turandot, in a lavish production that draws on contemporary cinema and traditional Chinese acrobatics to present a world of splendour and passion.

With Sydney Harbour, the Sydney Opera House and the Harbour Bridge as a backdrop, and brilliant fireworks lighting up the night sky, Puccini’s sublime music rings out in glory and cuts straight to the heart. This is ‘Nessun dorma’ as never heard before – and so much more.

Dragana Radakovic stars as Turandot, the beautiful Chinese princess with a heart of ice. Riccardo Massi is Calaf, the mysterious prince who watches the princess behead a rival suitor and falls instantly in love. Hyeseoung Kwon is Liù, the slave girl in love with Calaf, who knows the secret that will destroy him. In a land of executioners, riddles and fear, can love conquer death?