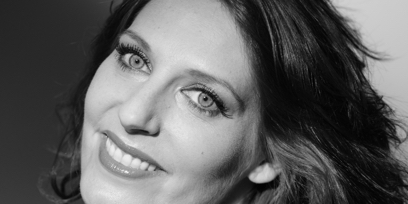 Amanda Echalaz came to worldwide prominence when she represented South Africa in the Cardiff Singer of the World. She made her debut at the Royal Opera House, Covent Garden in the 2008 season when she was invited to create the role of 'Kir' in the world premiere of Harrison Birtwistle's opera The Minotaur under the baton of Sir Antonio Pappano. This was the season Echalaz announced herself as a major emerging talent when she garnered unanimous critical acclaim for her portrayal of Puccini's heroine Tosca at Opera Holland Park.


Engagements in her 2013/2014 season included her debut at the Metropolitan Opera as Cio-Cio-San in Madama Butterfly, singing as Tatyana in Eugene Onegin at the Teatro Comunale di Bologna, as well as performing at the Teatro La Fenice in the title role of Tosca. In the 2014/2015 season she will perform as the title role in Tosca at the Teatro Municipal in Brazil, as well as reprising the same role for the Opera Australia in Sydney. Engagements for future seasons include Tosca at the Royal Opera House Covent Garden, and Elsa in Lohengrin at La Monnaie in Brussels.


In the 2012/2013 season, Amanda Echalaz returned to the Royal Opera House, Covent Garden in an acclaimed reprisal of the title role of Tosca. She also was celebrated in her return to Brussels’ La Monnaie in the title role of Manon Lescaut.


Highlights of the 2011/12 season included Tatyana Eugene Onegin in a new production with English National Opera; a role debut in the title role of Salomé at La Monnaie, Brussels; and further performances of Tosca at the Berlin Staatsoper. Echalaz concluded the season with her US debut as Tosca with Santa Fe Opera.


In the 2009/10 season, Echalaz sang Liù Turandot and the title role of Tosca at English National Opera, and reprised Tosca for the Salzburg Landestheater. She also sang the title role of Madama Butterfly for Cape Town Opera and returned to Opera Holland Park to sing Amelia Un ballo in Maschera. Sensationally, she triumphed at the Royal Opera House, Covent Garden when she took over at short notice from an indisposed Angela Gheorghiu in the title role of Tosca. The 2010/11 season saw Echalaz make her debut at the Berlin Staatsoper as Tosca and make some important role debuts, returning to the Berlin Staatsoper to sing Elisabetta Don Carlo and performing the role of Maddalena Andrea Chénier at the Bregenz Festival, Austria.


"Amanda Echalaz's Tosca [was] thrillingly sung. Echalaz is now set to be the leading Tosca of her generation. With unforced, candid tone, elegant movement and expressive face[…] every note and nuance is true."