Whether your passion is artists or artistry, you can make a difference.

A major gift towards a particular project or area is a wonderful way to deepen your involvement with Opera Australia. If you are interested in taking this next step in your philanthropic journey, we have a variety of important initiatives you can be a part of with the mission to continue presenting world-class opera to as many people as possible. We are stronger with you.

For more information on any of these opportunities, or to discuss your particular area of interest, please contact:

The Artistic Director’s Circle is a vital annual fund that will help Opera Australia remain artistically vibrant and ensure we continue to lead as one of the top opera companies in the world.

You will enjoy a closer relationship with Lyndon and unparalleled opportunities to go behind the scenes, spend time with the creative teams and artisans involved and see a production come together from its earliest designs to being fully realised onstage on opening night.

Thank you to our Artistic Director’s Circle Members:

Opera Australia is thrilled to announce the 2021 Syndicate production will be Offenbach’s The Tales of Hoffmann. This co-production with the Royal Opera House, Covent Garden will be designed, built, and directed entirely in Australia before heading to international audiences.

Since Brett Dean’s Bliss in 2010, our syndicate donors have enabled us to present large-scale projects including the Mozart/Da Ponte trilogy staged by Sir David McVicar between 2014 and 2016, less performed operas like Wozzeck, and new commissions such as Whiteley written by Elena Kats-Chernin.

By joining the Syndicate Circle, you will provide us with the financial assurance to take artistic risks. You will contribute to the international reputation of the national opera company, supporting new co-productions with prestigious opera houses around the world, directly contribute to the diversity of Opera Australia’s repertoire and enable us to attract the best singers, conductors and directors to Australia — Ferruccio Furlanetto, The Don Quichotte Syndicate 2018; William Kentridge, The Wozzeck Syndicate 2018; Jessica Pratt, The Hoffmann Syndicate 2021.

Each year, you will embark on a journey and closely follow the creative process of a new production with invitations to closed rehearsals and behind-the-scenes bespoke events. We invite you to participate in the creation of this ambitious new production by joining the Syndicate Circle for 2021. 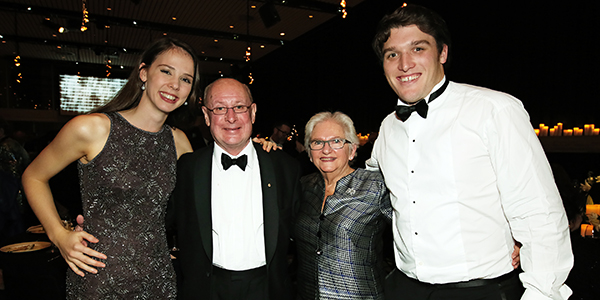 Opera Australia showcases the exceptional ability of a community of singers and invites many international stars every year to perform on our Sydney and Melbourne stages.

The Artist Supporters are generous donors who have decided to support the performances of an artist with Opera Australia and follow their career. They enjoy opportunities throughout the year to meet with the artist they support and get to know them through lunches, backstage visits after a show and donor events. 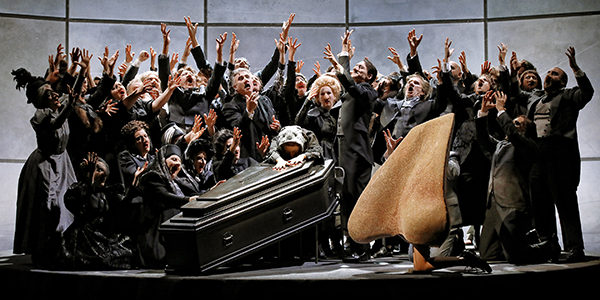 Our award-winning chorus is renowned for its thrilling sound. A core group of full-time choristers make up the Opera Australia Chorus, plus over 100 casual members from Sydney and Melbourne. All of the chorus are professional singers and some go on to perform principal roles.

Choristers need to have excellent musicianship, a good knowledge of different languages including French, Italian, and German and strong stagecraft skills. Our chorus is often working on several different productions concurrently — rehearsing one, learning another, and performing in the afternoon and evening. No two days are ever the same.

By joining the Chorus Circle you will support one of our most crucial arms and develop a relationship with these extraordinary musicians who perform every night. You will be invited to participate in the life of the chorus by attending closed music rehearsals and bespoke activities.

Your gift will enable the singers to partake in more professional development with additional masterclasses, musicianship classes and coaching with international music experts.