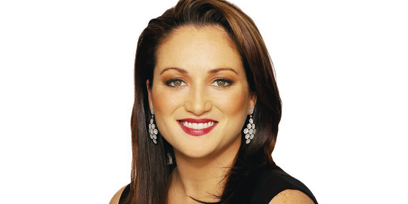 
Amelia’s debut solo recording, Joie de vivre! (BBC Symphony Orchestra, Alexander Briger) was released by Universal Music/ Decca in Australia in 2005 and the UK in 2006 and nominated for a Classical Aria (2006).  Amelia is the first Australian solo artist to record on the prestigious Decca label since Dame Joan Sutherland in 1959.  Amelia is a television favourite, most recently appearing in Carols in the Domain and Opera Australia’s La Boheme (ABC).  She was honoured with an invitation to perform for Pope Benedict XVI in the internationally televised Final Mass for World Youth Day and HRH Crown Prince Frederik and Crown Princess Mary of Denmark (2008).  Amelia also performed with the Hong Kong Philharmonic Orchestra in a televised performance under the baton of Maestro Edo de Waart.


A graduate of the Sydney Conservatorium of Music, Amelia has won many major singing competitions including the Marianne Mathy Scholarship (1993), Sydney Eisteddfod’s McDonald’s Operatic Aria (1994), The Herald Sun Aria (1994), the Metropolitan Opera National Council Auditions in Australia and New York (1994-1995) and the Opera Awards (1996).  She was awarded NSW Young Achiever of the Year (1996).


Amelia most recently made her debut as Violetta in La traviata for Opera Queensland and the Brisbane Festival.  2011 also saw a long run of performances as The Merry Widow for Opera Australia as well as concert appearances with the Sydney Symphony, Sydney Philharmonia and for Opera Australia in Beijing.   In 2012, Amelia joined the roster of soloists at The Metropolitan Opera, New York; she also sang the Widow again for Opera Australia (in Melbourne) as well as Eurydice in Orpheus in the Underworld for State Opera of South Australia.  In 2013, she sings Alice Ford in Falstaff for Opera Australia.