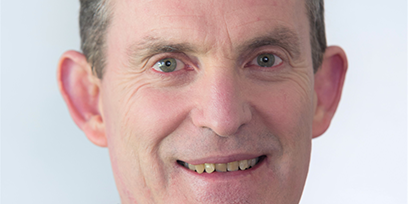 In 1986 he joined State Opera of South Australia as a cadet.

The following year, Bernard was a resident tenor with West Australian Opera Company and was also awarded a study grant that facilitated intensive vocal study in London.

In 1988 Bernard was thrust into the role of Orpheus on ten days’ notice in SOSA’s production of Gluck’s Orphée et Eurydice. Since then he has performed many leading roles for major opera companies, including: the title roles in Rossini’s Comte Ory and Offenbach’s Tales of Hoffmann; Cassio (Otello); Ismael (Nabucco); Pang (Turandot); Normanno and Arturo (Lucia di Lammermoor); Dr Caius (Falstaff); L’Incredible (Andrea Chénier); and Tybalt (Roméo et Juliet). He made his Opera Australia debut as Radames (Aïda) when the South Korean tenor he was understudying was ill.

Bernard’s career has also included extended seasons touring internationally in Andrew Lloyd Webber musicals. In 1989 he toured Australasia in Cats, then in 1990 he started the Australian Premiere of The Phantom of the Opera, in the role of The Auctioneer. Since that time, he has toured internationally with “The Phantom of the Opera”, over many years, performing ten different roles in 15 cities and eight countries with more than 2,500 performances under his belt.