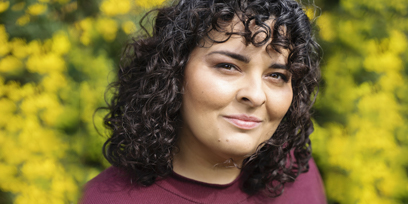 Bianca Bruce is beyond excited to be joining the cast of Cinderella. Melbourne-born and raised, her love for theatre and performing started when she joined her family dance school at age 2.

Most recently Bianca has been seen in the role of Pam in the 2020/2021 Australian Tour of 50 Shades! The Musical Parody (David Venn Enterprises) and in the critically acclaimed Music of the Night- The Songs of Andrew Lloyd Webber (Spears Entertainment).

Bianca has also appeared in the featured role of Heather throughout Season 3 of How To Stay Married on Channel 10, appeared as Jackie in the ABC TV limited series Fires, and has also been featured in TVC’s for Coles Car Insurance and Leftfield Wines.

Bianca is a proud member of Equity would like to thank her partner and family for their ongoing love and support. Bianca would also like to pay her respects to the traditional owners of the lands on which we work and perform.