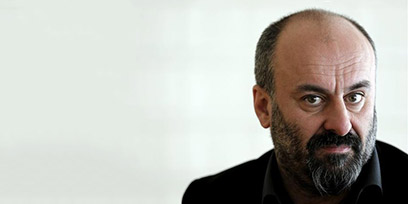 From 2015 to 2017, Davide Livermore (Turin, 1966) was the manager-artistic director of the Palau de les Arts Reina Sofía. He has forged his outstanding 22 year career both on the main stages of Europe and at theatres in his native country Italy, during which time he has been stage director, stage designer, wardrobe and lighting designer, singer, dancer, actor, scriptwriter and teacher. During those 22 years, he has sung at the main opera theatres with other artists such as Luciano Pavarotti, Plácido Domingo, Josep Carreras, Zubin Mehta, Mirella Freni, Luca Ronconi, Andrei Tarkovsky or Zhang Yimou.

Since 2002, Davide Livermore has been artistic director of the Teatro Baretti in Turin, where he has devoted his time to experimental music theatre. He has also worked on a cultural policy based on social voluntary service which, in a period of 13 years, has completely changed the environment where the theatre is located. A once dangerous and problematic district is now a crucial meeting point in Turin. He has also been director at the arts school of the Teatro Stabile in Turin.

He has worked as stage director for the main Italian theatres: Maggio Musicale Fiorentino, Regio in Turin, San Carlo in Naples, Carlo Felice in Genoa, La Fenice in Venice, in addition to the Rossini Opera Festival of Pesaro. Outside Italy he has worked at the opera houses of Philadelphia (USA), Montpellier and Avignon (France), as well as the Bunka Kaikan Theatre in Tokyo and Seoul Arts Center. In Spain, his productions have been staged at the Opera House in A Coruña, Teatro Arriaga in Bilbao and Teatro de la Zarzuela in Madrid.

The critics have praised Davide Livermore as one of the newcomers of great merit on the operatic scene. His production of I vespri siciliani, with which the Teatro Regio in Turin celebrated its 150th anniversary of the unification of Italy, was chosen by Musical America as one of the 10 best shows of 2011.

He has also been artistic director of the Centre de Perfeccionament Plácido Domingo since 2013 and has been responsible for some of the most successful performances in the brief history of the Palau de les Arts: La Bohème by Puccini, and the Verdi operas Otello and La forza del destino. He was awarded his first Premio Lírico Teatro Campoamor (considered the ‘Goya’ of musicals) for his staging of La forza del destino.

His most recent successes in Valencia have also included new productions of Narciso, La bohème, Idomeneo, The Turn of the Screw and I vespri Siciliani.

Most recently, he has been nominated by International Opera Awards for a stage director award.