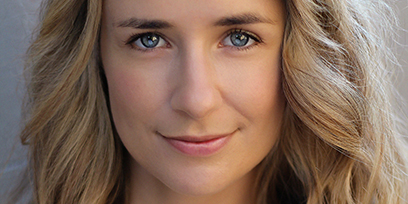 Emma is excited to be returning to West Side Story after being a member of the cast for the Australian tour in 2010. Since graduating from the National Institute of Dramatic Art in Musical Theatre, Emma has become a seasoned performer in musical theatre, cabaret, film and television. Musical credits include the Australian tour of Mamma Mia (Louise Withers), Dusty (The Production Company), Wicked (GFO), Annie (GFO), Dr Zhivago (GFO), West Side Story (West Side Story Australasia), Fiddler on the Roof (TML Productions), Debbie Does Dallas: The Musical (Three Amigos Productions), Kiss Me Kate (The Production Company), Hats Off, and Godspell: Prepare Ye (Hayden Tee). Outside of performing, Emma is a professional yoga instructor and choreographer.