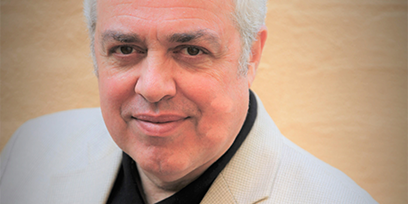 Gennadi was born and educated in Russia and, in the 1980s, was a soloist with both the State Theatre of Operetta and Moscow State Concert organisation performing major roles in Kalman’s Circus Princess and Strauss’ Die Fledermaus. During this period, Gennadi performed in many concerts and frequently appeared on radio and television.

In 1992, Gennadi moved to Australia and, since that time, has built up an impressive list of musical and acting credits. He has appeared as soloist with the SBS Youth Orchestra, the Sydney Concert Orchestra and many clubs and entertainment centres. For many years, Gennadi was a featured artist on Opera Afloat – a nightly performance of operatic highlights performed on the waters of Sydney Harbour.

Gennadi was a featured member of the Showstoppers troupe starring Maggi Scott which won the Mo Award in 1998 for ‘Best Show of the Year’. He has also performed his one-man show in the style of Ivan Rebroff winning praise for his interpretation both of operatic arias and Russian songs. Gennadi has toured this show to Russia and Turkey.

The following year, Gennadi became a full-time soloist with Opera Australia. Since then, he has sung roles including Ramfis and The King in Aida, Lorenzo in I Capuleti e i Montecchi, The Priest in Lady Macbeth of Mtsensk, The Bonze in Madama Butterfly, Dr Grenvil in La Traviata, Monterone in Rigoletto, The Mandarin in Turandot, and took principal bass roles in La fanciulla del West, Le nozze di Figaro, Nourabad in Pearl Fishers, Macbeth and Rigoletto; he also sang Bartolo in Le nozze di Figaro for New Zealand Opera in Auckland and Wellington.

Most recent roles include Pope Leo I in Attila, Commendatore in Don Giovanni and Doctor Grenvil in La Traviata on Sydney Harbour.  He has also appeared in recent concerts with the Sydney Symphony (in Pique Dame), Sydney Philharmonia (in Carmen) and the Sydney Conservatorium of Music (in Verdi’s Requiem).