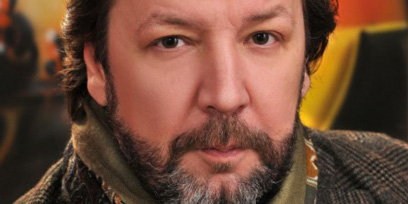 Josif Gjipali, known as Giuseppe Gipali, was born in Valona in Albania. In 2003 he won the prize of Placido Domingo’s Operalia. In the same year he started his International career performing at renowned opera stages. Refined interpreter of Verdi’s works, his repertoire ranges from belcanto to verismo, without forgetting the French one.

His repertoire is vast and comprehends operas such as La Bohème, Madama Butterfly, Tosca by Puccini, all the Verdian repertoire – beside from Otello -, all the Donizetti repertoire; from the French operas repertoire such as Manon Lescaut by Massenet, Werther, Fause, Damnation De Faust, Les Contes d’Hoffman and Les Pecheures de Perles. Recent engagements include Il Trovatore in Bari and at Festival Verdi in Parma and Simon Boccanegra at Teatro Petruzzelli in Bari, opening performance for the theatre season. His upcoming engagements: Lucrezia Borgia in Sydney, Rigoletto and I Due Foscari in Florence.