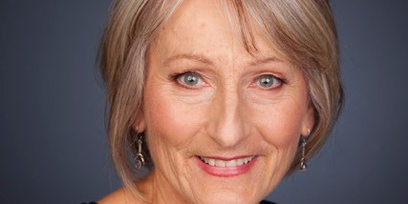 Born in Wales, Jackie Rees arrived in Australia to play Columbia in the original production of The Rocky Horror Show. In a diverse theatre career, Jackie has played principal roles in the Australian premieres of Me and My Girl, Nine, Stepping Out, Man of La Mancha, and the Australasian and Asian tours of Phantom of the Opera, playing Madame Giry, for which she was nominated for a Helpmann Award for Best Supporting Actress in a Musical. She also starred in the Australian premiere production of The Light in the Piazza.


Jackie has toured Europe and Asia with award-winning cabaret trio The Ritz Company, and has appeared in numerous stage productions, including Follies, Gypsy, Pirates of Penzance, Into the Woods, Great Expectations, Dear World, Pippin, Call Me Madam and an arena production of the opera Aida. Most recently Jackie played Lady Bracknell in The Importance of Being Earnest.

Ensemble/Queen of Transylvania — My Fair Lady (2016)