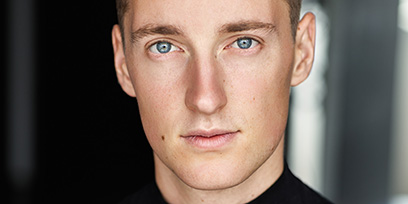 A 2015 WAAPA graduate, Joe’s professional career was launched by following the footsteps of arguably the most famous dancer of all time, Fred Astaire, with the Australian tour of A Fine Romance: The Magic of Fred Astaire (JTM Productions).


In the same year, he made his music theatre debut in Curtains for The Production Company. Joe’s most recent credits include Trick/Ensemble in the 20th Anniversary production of The Boy From Oz, Oklahoma! (TPC), leading man in Just A Couple of Song and Dance Men (JTM), Rhonda Burchmore and Rachel Beck’s The Long and Short Of It (Ding Productions) and being a semi-finalist for the 2018 Rob Guest Endowment.

Joe is ecstatic to be involved in this production of West Side Story.