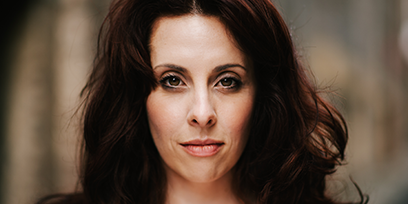 Most recently she played Mrs Teavee in Charlie and the Chocolate Factory (Crossroads Live). Other credits: Mother Abbess in The Sound of Music (GFO), Eugenia D’Asquith in A Gentleman’s Guide to Love and Murder (The Production Company), Charlotte in A Little Night Music (Watch This: Green Room Award winner), Carrie in Carousel (State Opera of SA), Ode to Nonsense (Slingsby/SOSA), Threepenny Opera (STC/Malthouse), Into the Woods and Wicked (GFO), The Pirates of Penzance and The Mikado (OA), and Dogfight (Hayes Theatre Co).

In 2020, Johanna joined the Australian String Quartet as Presenter/Producer for ASQ Live at Ukaria. She has worked as an ABC radio presenter and is a recipient of the Adelaide Festival Centre’s Walk of Fame Award.