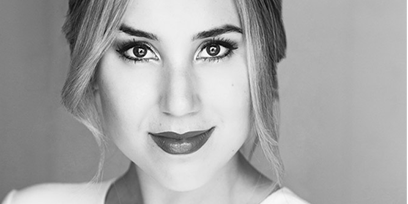 Originally from Newcastle NSW, Kathryn completed a Masters in Opera Performance in 2014 at the Sydney Conservatorium of Music, after having completed a Bachelor of Music Studies in Classical Voice in 2012.

Kathryn was described as ‘show stopping as a particularly languid Musetta’ in Opera New England’s 2014 production of La Bohème. Other roles include Micaela (Carmen), and Violetta (La Traviata).

Kathryn was a semi finalist in the prestigious McDonald’s Operatic Aria and the Joan Sutherland Richard Bonynge Bel Canto Award in 2015. In 2017 she was also offered a position with the Pacific Opera Young Artist Program.

Kathryn debuted with the Opera Australia chorus in the 2015 production of Madame Butterfly, and has partaken in many productions with the company since. Kathryn became a full time chorister in 2018.