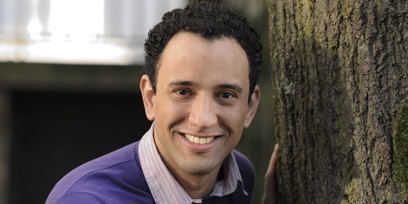 Luciano will travel to Australia for his company and role debut at Opera Australia where he wil appear as Narciso The Turk in Italy and then continue to Germany where he will revive the role of Orfée Orfeé et Euridice at Oper Stuttgart.


Previous engagements at the Royal Opera House, Covent Garden include the Intendante Linda di Chamonix in performances recorded by Opera Rara.  His debut as Don Ramiro at Malmö Opera, Sweden, followed, and he made a European concert tour with Julianne Banse and Saarbrucken Radio Symphony Orchestra. Under the baton of Jean-Christoph Spinosi at Théâtre du Châtelet in Paris he appeared as Flavio Norma, and followed with his Salzburg Festival debut in the same role with Joyce diDonato and Edita Gruberova. He appeared at Opéra Dijon as Nemorino L’elisir d’amore.


Mr Botelho graduated with a degree in music from the University of Rio, and completed a postgraduate diploma in vocal studies and the opera programme at the Guildhall School and Music and Drama in London. He later graduated from the Cardiff Academy of Voice under the guidance of Dennis O'Neill, and participated in the 2007 BBC Cardiff Singer of the World Competition.