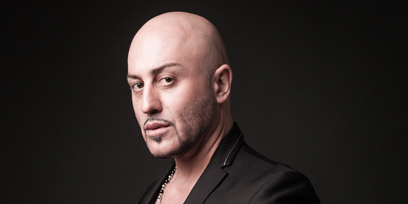 Marco Vratogna was born in La Spezia and studied at the Puccini Conservatory in his hometown as well as with Leone Magiera. He made his opera debut as Stankar in Verdi’s Stiffelio in Trieste in 2000.

From then on, the Italian baritone received invitations from the world´s most renowned opera houses – the Teatro La Fenice in Venice, the Oper Frankfurt, Florence, Turin, Amsterdam, Leipzig, Bologna, Parma, Stuttgart Staatsoper, the Monnaie in Brussels, the Berliner Staatsoper, the Teatro Real in Madrid, Genoa, the Arena di Verona, the Liceu in Barcelona, the Semperoper in Dresden, the Bayerische Staatsoper, the Royal Opera House in Covent Garden, Torre del Lago, La Scala in Milan, the Hamburgische Staatsoper, Chicago, Philadelphia, San Francisco, Valencia.

Marco Vratogna is regarded as one of the leading artists in the verismo and dramatic baritone repertoire. His portrayal of Iago in Verdi’s Otello has become one of his signature roles, for which his has received acclaim and unanimous success in the world’s top theatres.

He most recently made his debut as Cambro in Gomes’ Fosca (house and role debut) in Sao Paolo, Brazil, sang Scarpia in Tosca and Simon Boccanegra at the Staatsoper Vienna, Nabucco at the Staatstheater Stuttgart, Tosca and Otello at the Opernhaus Zuerich, as well as Tosca at the Festspielhaus Baden-Baden (the latter with the Berliner Philharmoniker Orchestra and under the baton of Sir Simon Rattle. A DVD of the performance has been produced by Unitel).

2017 and 2018 will see Vratogna perform in a revival of Tosca at the Opernhaus in Zurich,  at the Royal Opera House Covent Garden, at the Sydney Opera House (house debut) as well as at the Teatro Comunale Florence and Opéra de Liège. He will also perform Giancotto in Zandonai’s Francesca da Rimini at the Opéra du Rhin in Strasburg (house and role debut), Rigoletto at the Teatro Petruzzelli in Bari, Pagliacci on tour with the Teatro dell’Opera di Roma to Muscat/Oman, Cavalleria Rusticana at Teatro Regio in Turin and lyric concerts at the Festival Avenches/Switzerland.