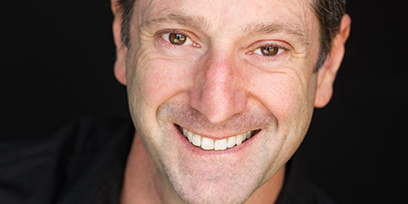 Mark is a Melbourne-born and well-travelled professional performer. He studied Musical Theatre at The Western Australian Academy of Performing Arts.


Since graduating in 1998 with a Bachelor of Arts and a number of awards, he has enjoyed a diverse career on stage and in film and TV. You may have seen him in television shows such as Neighbours, Blue Heelers & Underbelly or more recently in the ABC mini-series Glitch. Mark also directed Louis Nowra’s Così for West Independent Theatre in 2014.


Over the past 15 years you may have seen Mark perform on stage for companies such as MTC, The Production Company, The Really Useful Group and Opera Australia amongst many others. A few of his favourite adventures in musical theatre include Fiddler on The Roof (understudying Anthony Warlow in 2015), Hair, Sunset Boulevard, The Music Man, Sweet Charity, How To Succeed In Business…, Les Misérables, and Sweeney Todd. In 2013 Mark enjoyed performing in the Sydney Opera House with the Australian tour of the beautiful Rogers & Hammerstein masterpiece South Pacific, where he understudied the role of Emile De Becque. Mark is absolutely thrilled to be returning to the Sydney stage in this hugely successful tour of My Fair Lady.