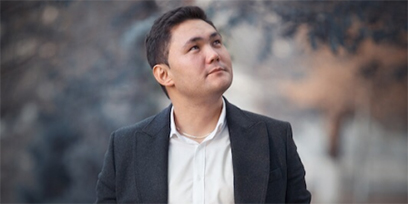 
After making his professional debut at the Opera Theatre in Almaty, he was invited to join the company for 5 seasons. In the 2013/14 season Medet Chotobaev became principal soloist of the Astana Opera in Kazakhstan where he performed Duca in Rigoletto, Nemorino in L'elisir d'amore, Rodolfo in La bohème, Pinkerton in Madama Butterfly, Cavaradossi in Tosca, Lensky in Eugene Onegin, Rodolfo in Luisa Miller, and Alfredo in La traviata, among others. Guest appearances have included Rodolfo in Luisa Miller in Piacenza and Ravenna, Italy.