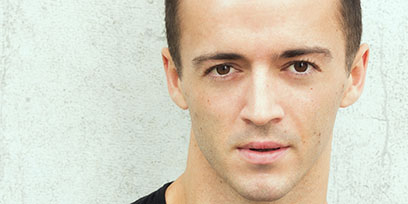 After more than a decade of international experience in acting, singing, dance and aerial acrobatics, Michael returns to Australia to make his stage debut in Evita.


Until recently he was a performer at the Moulin Rouge in Paris where he was also the youngest ever understudy for the Can Can soloist. He toured Portugal with the Contemporary Circus of Lisbon as an aerial acrobat in Adittio and danced in Nostrovia in London with United Productions.


Michael has played the roles of Noah Claypole in Oliver and an apostle in Jesus Christ Superstar with Ocracy. Michael also understudied a number of male leads in Legally Blonde the Musical for Norwegian Cruise Lines.