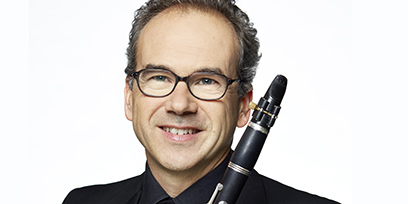 Richard Rourke graduated with merit from the Sydney Conservatorium of Music in 1988 having studied clarinet with Gabor Reeves and John St George. He spent two years freelancing in London, studying under Margaret Archibald and John McCaw. Since 1992 he has been a permanent member of the Opera Australia Orchestra, performing at the Sydney Opera House with Opera Australia and The Australian Ballet. He has worked under many international conductors such as Richard Bonynge, Simone Young and Richard Hickox, and with singers such as Luciano Pavarotti and Bryn Terfel.

Richard has recorded and performed widely as a soloist and chamber musician, and is a member of the contemporary ensemble The Gallery Players under the directorship of Sydney composer Alan Holley, with whom he has had a close association for twenty years. He has also worked with the Sydney Symphony and the Australia Ensemble. In 2010 he played with the Australian Chamber Orchestra on their trans-Atlantic tour, performing at Tanglewood Festival in the US and major European summer festivals. In October 2014 Richard received grants from the George and Nerissa Johnson Memorial Scholarship Bequest and the PPCA Performers’ Trust Foundation in order to undertake professional development in New York with past and present clarinettists of the Metropolitan Opera Orchestra.

In addition to the clarinet, Richard also dabbles on the Saxophone and enjoys playing in the Orchestra’s big band.