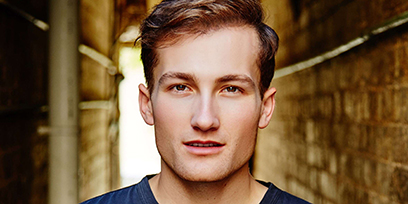 Rubin studied at the Victorian College of the Arts Secondary School, Ministry of Dance and Howard Fine Acting Studio. Credits include The Wizard of Oz (GFO), Hello Dolly, Dusty and Showboat (The Production Company), the world premiere of Georgy Girl – the Seekers Musical (Farrelly Productions), Chitty Chitty Bang Bang (TML Enterprises) and Michael Ralph’s Hollywood Honky-Tonk (Giving Productions). Rubin was the recipient of the ‘Playbill Future Prospect Award’ from the Rob Guest Endowment in 2015. Rubin is a proud member of Actors Equity and would like to thank his family and his agents at Morrissey Management for their continued love and support.