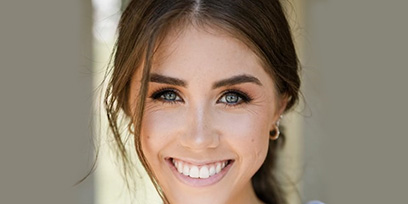 Sarah began dancing at the age of 3. After leaving her home in Tasmania at age 18, she graduated with a Cert IV in Dance from Ettingshausens Pro in Sydney in 2017. During this time Sarah won a scholarship to train at Broadway Dance Centre in New York which she undertook after returning from her 10-month contract performing aboard Royal Caribbean International cruise liners.

Sarah’s credits also include ‘Arts for Alzheimers’ in NYC, performing with recording artist Starley at The Sydney Mardi Gras plus TV appearances on programs such as The Voice and Dance Boss.

After making her professional musical theatre debut in 2021 in one of her dream shows, An American in Paris, Sarah is thrilled to now join the cast of the inimitable Rodgers + Hammerstein’s Cinderella.