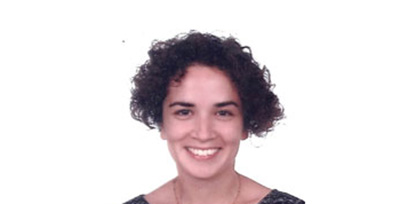 Susana Gómez was born in Oviedo (Spain) where she graduated in English Literature and Literary Theory. She trained as a pianist and actor and focused on physical theatre during some long-term stays in Germany and Argentina. She also got a Master degree in Theatre Directing (Middlessex University-Gitis). Back in Spain she joined the renowned theatre company La Abadia and worked as assistant and resident director with José Luis Gómez and Hansgünther Heyme. Her credits during that period include Herr Puntila und sein Knecht Matti (Brecht), Messiah (Berkoff), The Merchant of Venice and King Lear (Shakespeare).

As a playwright and free-lance director she wrote and staged A toda Revolución and Fuga and was commissioned to write and compose the children´s musical Notes on the run. From 2005 she has been working with some of the most relevant opera directors such as Willy Decker (Death in Venice), David McVicar (Manon and The Turn of the Screw), Calixto Bieito (Carmen), Jonathan Miller (La Traviata), Gustavo Tambascio (L’italiana in Algeri, Lulu, Partenope and Norma), Claus Guth (Parsifal), Phelim McDermott (Perfect American) and Klaus-Michael Grüber (Boris Godunov and Elektra). In 2007 she made her directorial debut in opera with Marina and in the following years she has staged several shows in Spain and abroad: Don Giovanni (2008 and 2012), Un ballo in maschera (2009), Norma (2011 and 2013), Turandot (2012) and La Traviata (2013-2014).

In the last years she has returned to work on texts by classic playwrights and has directed The Lover by Pinter (2013) and ReyNo (2012), a free version of Oedipus the King.

As a pedagogue she has focused on the development of musical skills for actors and the achievement of acting tools for singers. In this field she tries to convey the links between music, words, body, scenic action and performance.