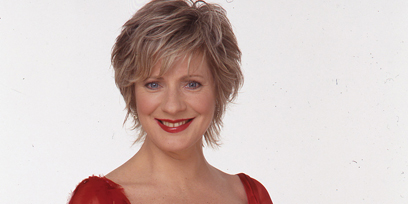 Suzanne Johnston has achieved the rare distinction of being recognised equally for her success in opera, music theatre, and as a concert performer.


Her operatic career encompasses the prestigious European Festivals of Glyndebourne and Salzburg, as well as Australia’s major opera companies, for whom her repertory includes the title roles in L’incoronazione Di Poppea, The Gypsy Princess and Carmen. Other roles include Orlofsky in Die Fledermaus, Hansel in Hansel And Gretel, Hermia in A Midsummer Night’s Dream, The Fox in Cunning Little Vixen, Eliza Doolittle, opposite Anthony Warlow, in the sell-out production of My Fair Lady, Ruth in The Pirates Of Penzance, numerous roles in Through The Looking Glass, The Fairy Godmother in Cinderella, Mrs. Herring in Albert Herring, Tickety Boo in Sleeping Beauty and the role of Public Opinion in Opera Australia’s production of Orpheus in the Underworld.


Suzanne’s discography includes the ARIA award-winning CD “Perfect Strangers” with Judi Connelli and the Tasmanian Symphony Orchestra, and “Hansel and Gretel” – both for ABC Classics – and a recording with the Australian Pops Orchestra. Video & DVD recordings include Hansel and Gretel, Les Huguenots, La Cenerentola, The Gondoliers, Fledermaus & Pirates of Penzance.

Public Opinion — Orpheus in the Underworld (2013)