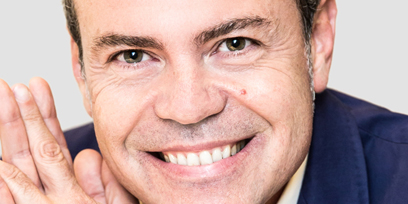 Tim Chappel’s costume design for feature film The Adventures of Priscilla, Queen of the Desert received an Oscar, a BAFTA and an AFI award.

Following the international success of Priscilla, Tim relocated to Los Angeles where he continued his work as a designer, where he worked across various mediums, including music videos for Cher and Missy Elliott, television series VIP starring Pamela Anderson and feature films including Miss Congeniality.

Returning to Australia, Tim crossed over into musical theatre, revisiting The Adventures of Priscilla, Queen of the Desert – The Musical earning him a Tony, a NYC Drama Desk award, an Olivier, a Helpmann, a Green Room Award along with Spain’s Premios Teatro award and Canada’s Dora award.

Since then, Tim has worked on stage productions Sweet Charity and Little Shop of Horrors with director Dean Bryant and has established a fruitful relationship with The Production Company and director Gale Edwards designing costumes on Gypsy, Pirates of Penzance, Guys and Dolls and Westside Story. Continuing his work on television, Tim has designed costumes for Dancing with the Stars and Australia’s Got Talent.

2016 was another successful year, when he reunited with Gale for the American classic Funny Girl and designed costumes for Dream Lover directed by Simon Phillips.

In 2017 he designed the costumes for the world premiere of Opera Australia’s Two Weddings, One Bride.