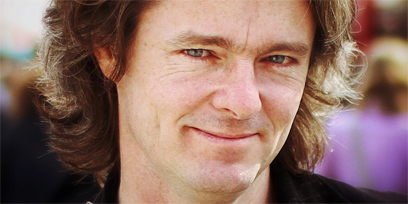 Tony is an Australian-born Grammy award-winning audio engineer/producer with over 26 years’ experience working in the audio and music industry. This includes building lutes, composing music for film, theatre and television and audio software development.

Currently working as the Head of Recording and Broadcast for the Sydney Opera House, Tony is responsible for the recording and production of a wide range of projects across a diverse array of genres.

He has composed the music and provided sound designs for many of Australia’s performing arts companies as well as teaching sound design in film and theatre at NIDA and AFTRS. He is a recipient of the Churchill Fellowship.

He was the Sound Designer on Opera Australia’s productions of Handa Opera on Sydney Harbour of La Traviata, Carmen and Madama Butterfly as well as Die tote Stadt.

Tony is the Audio Director for recent live broadcasts and cinema releases, including Bliss, The Marriage of Figaro, Rigoletto, La bohéme, Lakmé, Der Rosenkavalier, The Mikado, Don Giovanni, La Traviata, Carmen and South Pacific. Tony won a Helpmann in 2012 for Best Sound Design for Handa Opera on Sydney Harbour performance of La Traviata and was nominated for Die tote Stadt and Carmen.