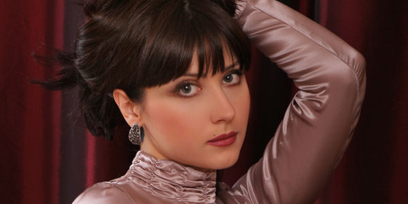 The Russian Soprano Victoria Yastrebova is currently a principal of the Mariinsky Theatre.


In 2014-2015 and beyond Victoria's engagements include The Bells with the Boston Symphony Orchestra and Andris Nelsons, Tosca in Leipzig and many leading roles at the Mariinsky such as Elsa in Lohengrin, Violetta in La Traviata and the title role in Madama Butterfly.


Recent highlights include concert performances of Tosca with the Royal Liverpool Philharmonic Orchestra (with Petrenko and Terfel), Tosca at Oper Leipzig and in a new production at Theater Saarbrücken (including the opening of the new hall) as Elisabetta in Don Carlos in a new production at the Finnish National Opera (with Güttler). She was also a soloist in concert tours of Europe with Valery Gergiev.