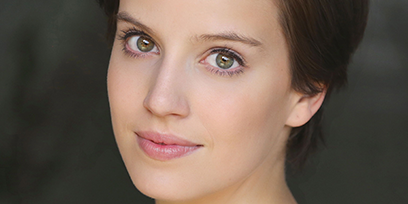 After graduating from the London School of Musical Theatre, Genevieve made her professional debut as Johanna in Sweeney Todd (Twickenham Theatre) , which won the 2015 What’s on Stage Award for Best Off-West End Musical. Since returning to Australia, her credits have included La Traviata (Australian International Opera Company), Clara in The Light in the Piazza (Life Like Company), Phoebe D’Ysquith in A Gentleman’s Guide to Love and Murder (The Production Company) and Fiona in Brigadoon (The Production Company) for which she received a Green Room Award nomination for Best Leading Actress in a Musical. Genevieve was also the 2016 recipient of the Melbourne’s East End Theatre District Artist Development Award at the Rob Guest Endowment Grand Final Concert. Most recently she reprised the role of Johanna, appearing in Sweeney Todd with Anthony Warlow and Gina Riley, and toured Australia in the concert From Broadway to La Scala alongside stars Caroline O’Connor and Teddy Tahu Rhodes.