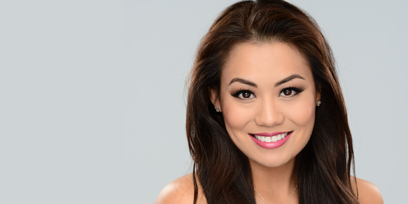 Soprano Jenny Liu completed a Bachelor of Music Performance and an Advanced Diploma of Opera at the Sydney Conservatorium of Music. In each year from 2008-2011, she was awarded the highly prestigious Helen Myer Merit Scholarship.

In 2014, Jenny put her studies on hold and made her professional debut with Opera Australia in the role of Tuptim in Rodgers & Hammerstein’s The King and I (Helpmann Award winner – Best Musical), performing the role over two hundred times throughout its national tour. She has been a finalist in the Dame Joan Sutherland and Richard Bonynge Scholarship in 2007 and 2009, winning the Marja Baudish award in 2009. In 2012, she was a semi-finalist in the Australian Singing Competition, winning the Ingrid Davidson Award and The Radzyminski Family Prize. She was also a finalist in the Australian Opera Foundation German Scholarship in 2013.

Jenny has performed the roles of Susanna in Le nozze di Figaro (Mozart), Carolina in Il matrimonio segreto (Cimarosa), Diane in Orpheus in the Underworld (Offenbach), Serpina in La serva padrona (Pergolesi) and Bastienne in Bastien et Bastienne (Mozart). On the concert platform, she has appeared as soprano soloist in Orff’s Carmina Burana, Handel’s Messiah and Mozart’s Requiem as well as the world premieres of Matthew Orlovich’s Communion of Reparations and the role of Sylvia Plath in Telling the Truth.

In 2016, Jenny sang Susanna in Opera Australia’s touring production of The Marriage of Figaro.  She returned to this role in the 2017 tour to Northern and Western Australia.