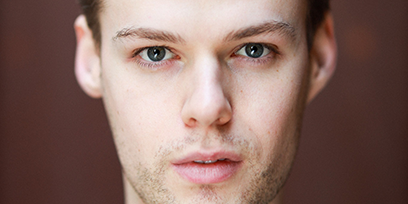 Originally from rural Victoria, Aaron began dancing at age five. Later he studied at Triple Threat Performing Arts. His professional musical theatre debut was in 2014 playing George in Cats (RUG). Touring throughout Asia between 2015 – 2021 Aaron played and reprised the role of Coricopat in Cats.

Other credits include; Magnormos (Pippin), the Dubai season of Thomas and the Hidden Treasure (Smile Live Entertainment), The New Hamer Hall Opening Concert, So You Think You Can Dance (Network Ten) and Original Australian cast of Charlie And The Chocolate Factory (Gordon Frost Orgainisation). He’s honoured to be joining the Australian production of The Phantom Of The Opera. Aaron would like to thank, Michelle, Kevin, and Kathryn for their years of mentorship, his friends, and his family, particularly his mother– for her unwavering love and support.